The UK Jewish Film Festival is kicking off! The festival aims to develop a culture where Jewish and Israeli film is recognised and enjoyed by the widest possible audience, they're bringing Jewish related films to the heart of British culture.

From the directors of The Farewell Party and A Matter of Size, Flawless is a moving and humorous tale of self-discovery and friendship. As the school prom nears, three best friends decide to accept a dangerous offer that will enable them to undergo plastic surgery abroad. On their journey to physical perfection, however, the girls find out that there is more to life than looks. Flawless brilliantly draws on American teen movies (think Grease, Clueless or Mean Girls) while touching sensitively on current issues such as gender transition and peer pressure in the social media age.

Followed by Q&A with Stav Strashko 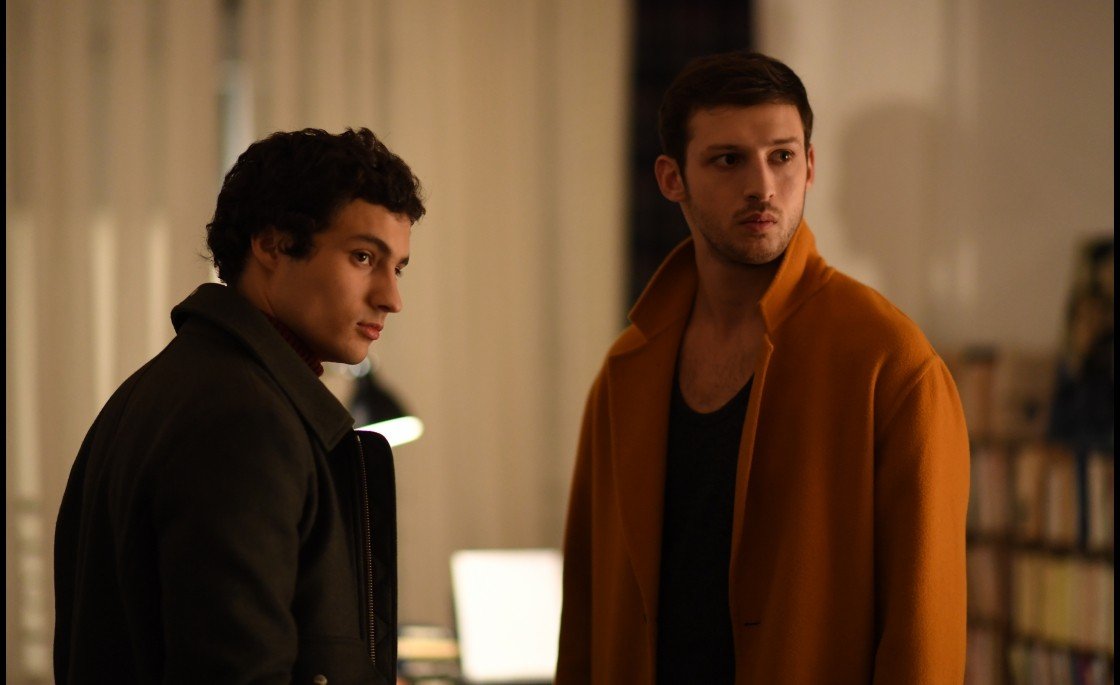 Nadav Lapid's (The Kindergarten Teacher) new film, winner of the Golden Bear at Berlinale, is a triumph. Having completed his army service, Yoav travels to Paris with the aim of erasing his Israeli identity. Alone in the city, he soon meets a local couple who help him on his journey of reinvention. Original and provocative, Synonyms holds up a mirror to both Israeli and French societies and myths, and like Lapid's previous films, demonstrates his inventive and daring cinematic vision. 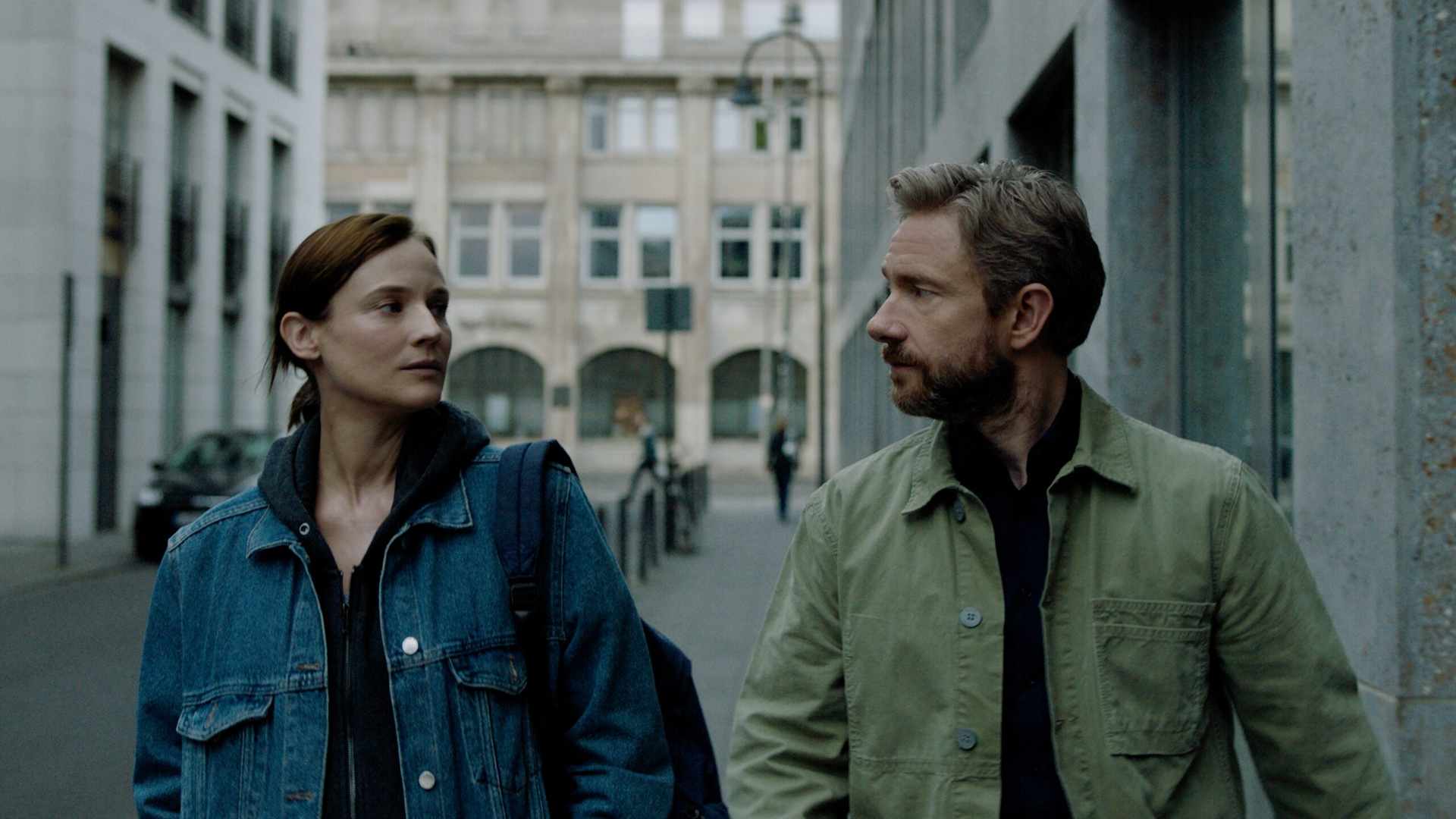 British citizen Rachel is polyglot and peripatetic, with a deep love for Israel – traits that make her an ideal Mossad agent. Recruited by a Berlin-based British Jew, Thomas, she is sent to Tehran to spy on businessman Farhad. Blending in at first, she soon falls for – and starts a passionate affair with – Farhad, a transgression that threatens to blow her cover and puts both their lives at risk. Based on Israeli novel The English Teacher and featuring a stellar Israeli and international cast, led by Diane Kruger and Martin Freeman, The Operative asks which is more powerful – service to nation or love?

Martin Freeman will attend the Centrepiece Gala on 14th November.

The last instalment in Yaron Shani's Love Trilogy explores Avigail's budding friendship with Yael at the same time that her relationship with Rashi is unravelling. Yael, whose father is cared for at the hospice Avigail works as a nurse, longs for a child but is also terrified by the prospect of becoming a parent. In the meantime, she struggles to come to terms with her father's illness or improve the painful relationship she has with her sister Naama, a sex worker who is desperate to be loved. Facing their respective bleak realities, the three women try as hard as they can to be there for one another. Like Stripped and Chained, Reborn is an extremely poignant and immersive cinematic experience. 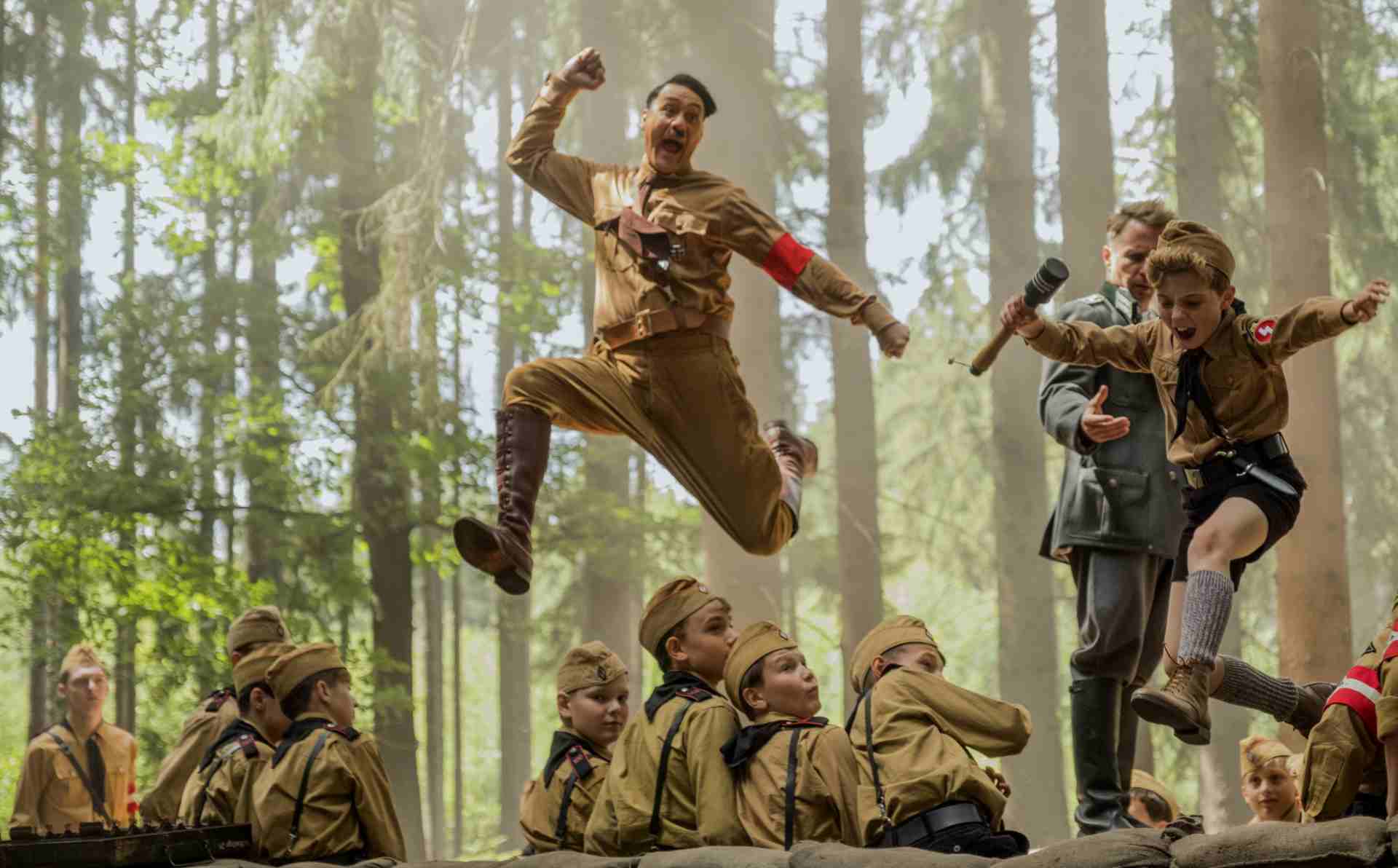 Directed by cult filmmaker Taika Waititi (Jewish on his mother's side, while his father is Maori), this World War II satire follows Jojo, a lonely German boy whose imaginary friend is an idiotic Adolf Hitler (Waititi, in a boisterous performance). A keen (if slightly incompetent) member of the Hitler Youth, Jojo's world view is turned upside down when he discovers his single mother (Scarlett Johansson) is hiding a young Jewish girl in their attic. Also starring Oscar-winner Sam Rockwell and Rebel Wilson, and daringly confronting nationalism and racism, Jojo Rabbit is as hilariously sharp as The Producers and as sentimental as Life is Beautiful. In other words, utterly unmissable. 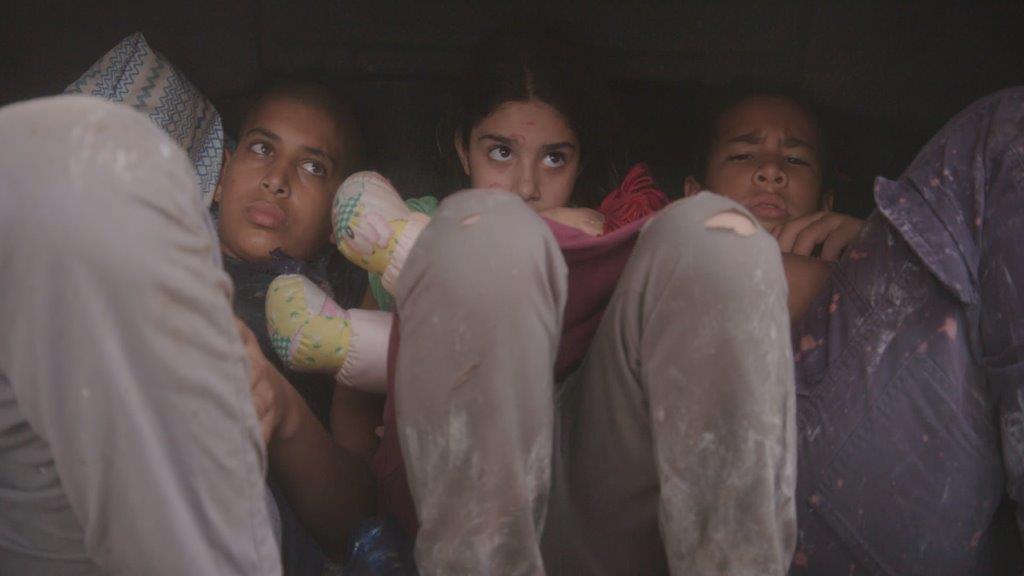 The Dead Of Jaffa + Director Q&A

With their father in prison and mother dead, three children from the West Bank are smuggled into Israel and taken to the house of their distant relatives, George and Rita, in Jaffa. Rita, who longs for a child, embraces them as her own but George is wary of the grave legal implications their actions might have. Meanwhile, a British film director recreates 1947 Jaffa outside George and Rita's house. When their present-day reality meets the historical events that led to it, tragedy ensues. Politically engaged Israeli director Ram Loevy's new, heart-wrenching film is a sharp comment on the roots – and future – of a decades-long conflict.

This will follow with a Q&A with the Director.

Married couple Elisabeth and Stephan are expecting guests – Elisabeth's successful brother Thomas, his pregnant girlfriend Anna and their (quite possibly) gay childhood friend, René. The evening progresses pleasantly until Thomas announces the chosen name for their unborn child – Adolf. A vicious argument ensues and long-held secrets, hidden resentments and other hurtful opinions social decorum has prevented from being said are finally revealed. How About Adolf? is an outrageously funny satire that bravely comments on changing attitudes in German society to the trauma of the war and its legacy. 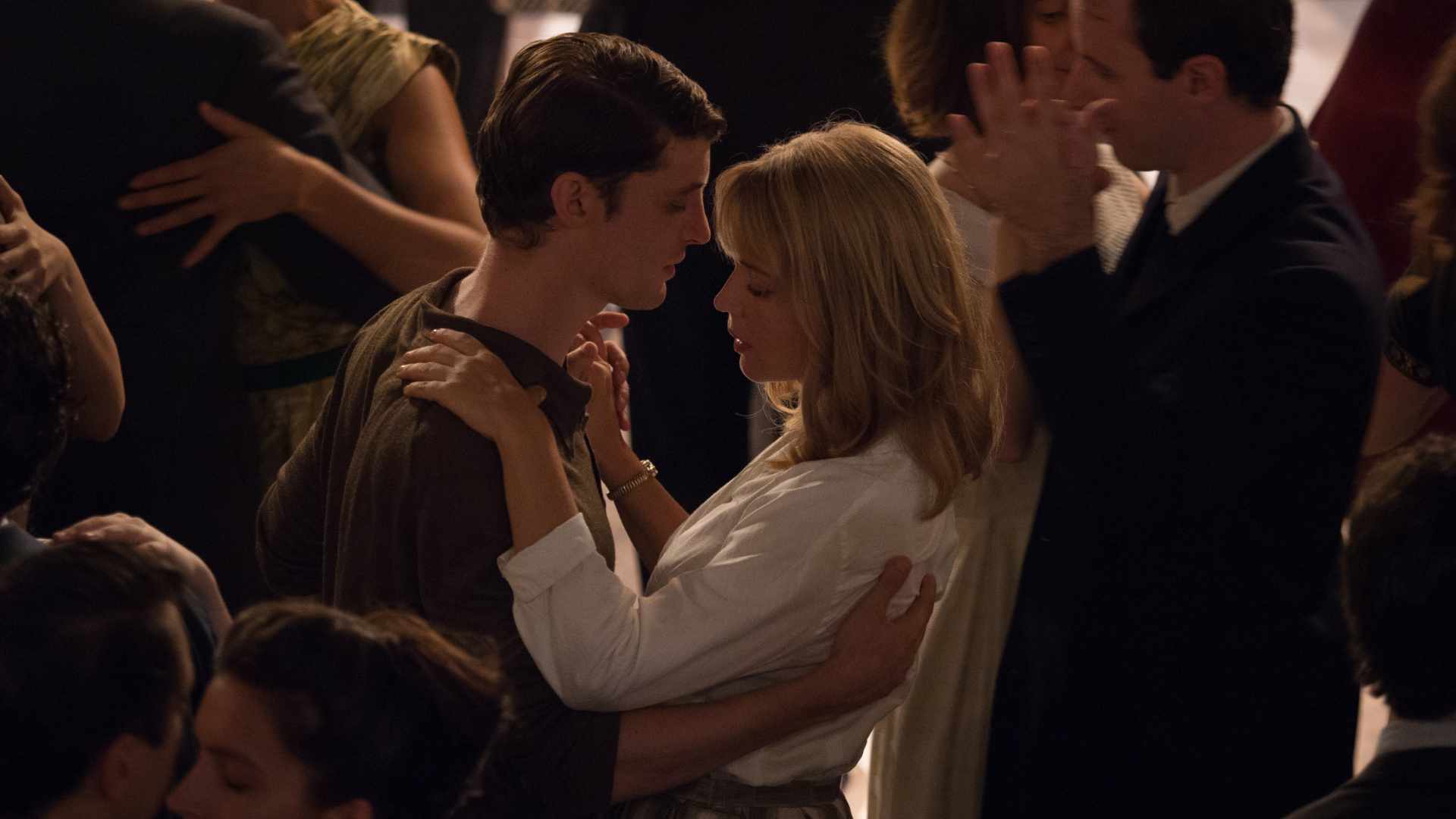 Rachel Steiner, a beautiful half-Jewish young woman (the wonderful Virginie Efira), meets charismatic Philippe in the late 1950s and soon after gets pregnant. While he refuses to marry Rachel or to acknowledge parternity of their daughter Chantal, he stays in their lives, his damaging presence threatening to mentally and physically harm Chantal and to drive a wedge between them. An Impossible Love, adapted from a novel by Christine Angot, is an elegant and engrossing study of a mother-daughter relationship over several decades.

Moshe Folkenflik (Driver) won the best actor award at the Karlovy Vary International Film Festival last year for his role in this new absorbing Israeli drama. When Menachem, a former rock star who has become religious, hears about a new and expensive treatment that may save his six-year-old daughter's life, he turns to his former bandmates and asks them to go on tour one last time. Reconnecting with his secular past brings back the conflicts and confusion of the life he left behind, but also offers a new hope of redemption. 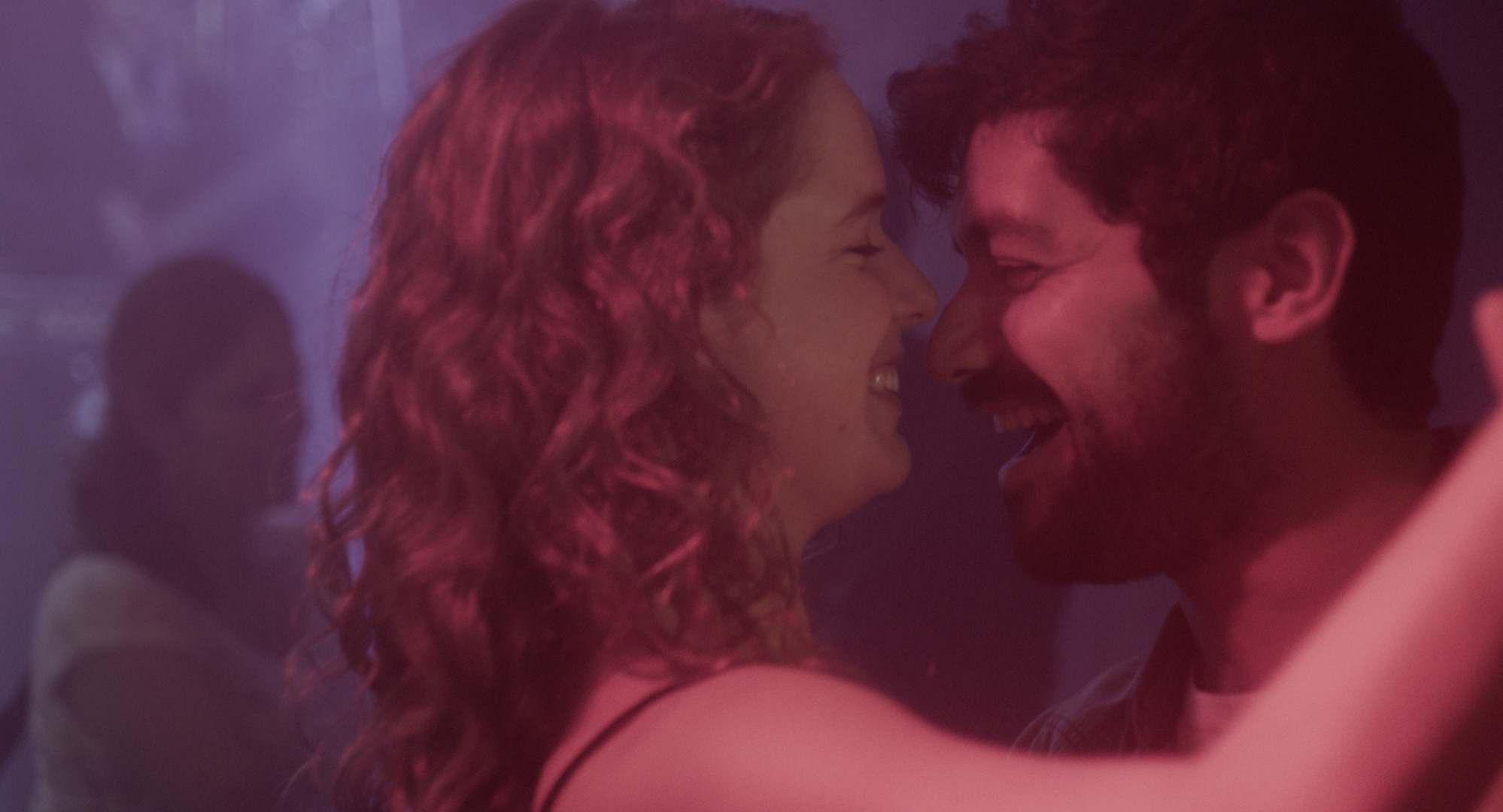 Ariela (Naian González Norvind, Best Actress winner at the Morelia International Film Festival), a twentysomething Jewish mural painter in Mexico City falls for charming, non-Jewish Ivan. Struggling with her family's disapproval of the relationship, Ariela is torn between the man she loves and the community she can't leave behind. As she tries to please her parents, Ariela gradually realises it is her own wishes she needs to accept, and respect. Leona is a tender and moving debut feature about self-discovery and the courage to follow your heart.