Tolkien is not the average literary biopic. Etching the formative years of J.R.R. Tolkien, the author of The Hobbit and The Lord Of The Rings, Finnish director Dome Karukoski's film has no truck with literary biopic stuffiness. Instead, it's a vibrant story detailing the rush of first love and the thrill of new friendships, all framed within a story that also points to the influences and inspirations behind some of the best-loved novels in the world. Built around delicate, affecting performances by Nicholas Hoult and Lily Collins, it fills in the little-known details of the writer's early life, but with the big emotions and imagination that course through Tolkien's fiction.

The story starts in the mud and rain of the First World War, with Tolkien (Hoult), suffering from trench fever and deciding to go on a mission to find his old friend Geoffrey Bache Smith (Anthony Boyle) in the heat of battle, to deliver a letter from Bache Smith's mother. The action then pivots back to Tolkien's tough early years, losing his own mother, moving to an orphanage run by the imposing Mrs Faulkner (Pam Ferris), and finding new friends with a group of gifted pupils at King Edward's School, Birmingham. Played by a raft of up-and-coming UK talent – including Boyle (Harry Potter And The Cursed Child in the West End and on Broadway), Tom Glynn-Carney (Dunkirk, The Ferryman in the West End and on Broadway), Patrick Gibson (Their Finest, The OA) – the boys meet regularly at the Barrow Stores to drink tea and talk art, styling themselves the TCBS (Tea Club, Barrovian Society). These scenes, which depict young men as they grasp life and push each other to create, recall the joie de vivre and love of culture in Dead Poets Society. Most importantly, it is Tolkien's first experience of a fellowship.

Yet into this all-male environment comes a strong, opinionated, passionate woman. Edith Bratt (Collins) had grown up with Tolkien at Mrs Faulkner's, and the pair's relationship is a love-at-first-sight story. Hoult and Collins movingly portray a couple whose connection is built on a love of storytelling, a sense of play (on their first date they drop sugar lumps on the hats of passers-by), and a feeling of being outsiders in a cold, repressed world. Hoult pulls off being both a charming romantic lead and a believable academic, driven by intellectual pursuits. He is well matched by Collins, who lends verve and colour to a potentially one-dimensional "muse" role. Evoking The Theory Of Everything, the resulting romance – including one huge obstacle – delivers a grandiloquent romance straight from the golden age of movies, but with the added frisson of being true. 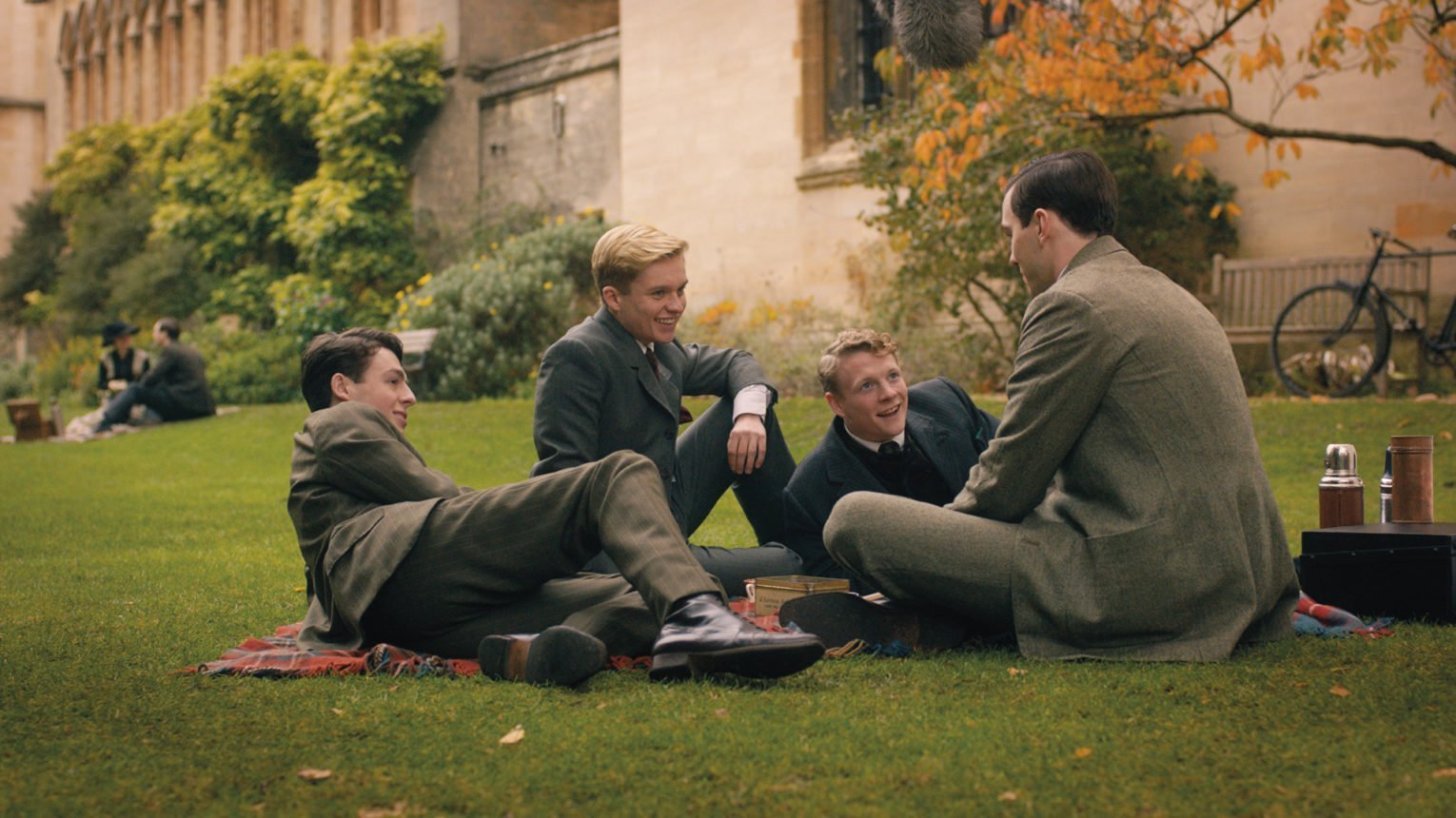 Karukoski, the director behind another artistic biopic, Tom Of Finland, brings a fresh eye to the costume drama. Rather than the standard colourless depiction of the First World War, Karukoski has added vibrant reds and yellows to the battlefield, the residues of mustard gas and heavy artillery oxides, creating a surreal, nightmarish effect. Enhanced by an evocative, emotional score by Thomas Newman (American Beauty, Skyfall), the film also takes imaginative flights of fantasy, bringing some of Tolkien's most famous creations organically into the real world (look out for a fire-breathing dragon). For hardcore Tolkien fans, the film is peppered with subtle nods and winks to Middle-earth legacy. For the rest of us, Tolkien is the story behind one of the greatest stories ever told, filled with love, friendship, loyalty, creativity, books. In other words, the good stuff.

Tolkien is out in cinemas on Friday 3 May.

Jim Hosking, What Are You Watching? | Interview

We spoke to writer / director Jim Hosking (The Greasy Strangler, An Evening With Beverly Luff Linn).

Our Friends | Refuge's Past, Present and Future

Refuge works towards a future where women and children are free from domestic abuse. Picturehouse shares that vision.

Watch our Birds of Prey highlight for a short blast of what's in store.

Nadine Labaki, What Are You Watching? | Interview