This is British filmmaking at its finest

Following a hugely lauded Festival run, including Sundance, Cannes and London, celebrated indie auteur Joanna Hogg returns to our screens with the much-anticipated conclusion to her cine-memoir, The Souvenir Part II. Inspired by her own experiences coming of age in London during the vibrant '80s, this follow-up to her widely acclaimed The Souvenir is a visually arresting exploration of grief and creativity.

The film picks up where The Souvenir left off, as Julie (Honor Swinton Byrne) mourns the death of her lover, Anthony (Tom Burke), and attempts to understand the parts of his life he kept hidden from her. She leaves the safety of her doting parents' rural abode to return to the Big Smoke and begins to piece her life back together, while simultaneously uncovering more details about Anthony's drug addiction.

Entering her final year at film school, Julie is interested in how she might work through her emotions with her art, but brushes up against the expectations of her lecturers, as well as running the risk of alienating her friends.

Returning from The Souvenir are Tilda Swinton, who plays Julie's mother, and Richard Ayoade, who gives a scene-stealing performance as the acerbic director, Patrick. They're joined by a trio of talent in Charlie Heaton, Joe Alwyn and Harris Dickinson, who play the young men Julie encounters in the wake of her relationship with Anthony, allowing her to discover who she really is and what she wants out of life.

Hogg's incredible eye for detail brings together beautiful costume design from Grace Snell and a spectacular soundtrack of carefully compiled pop classics, plus new music from artist Anna Calvi, who previously provided the end-credits track for The Souvenir. 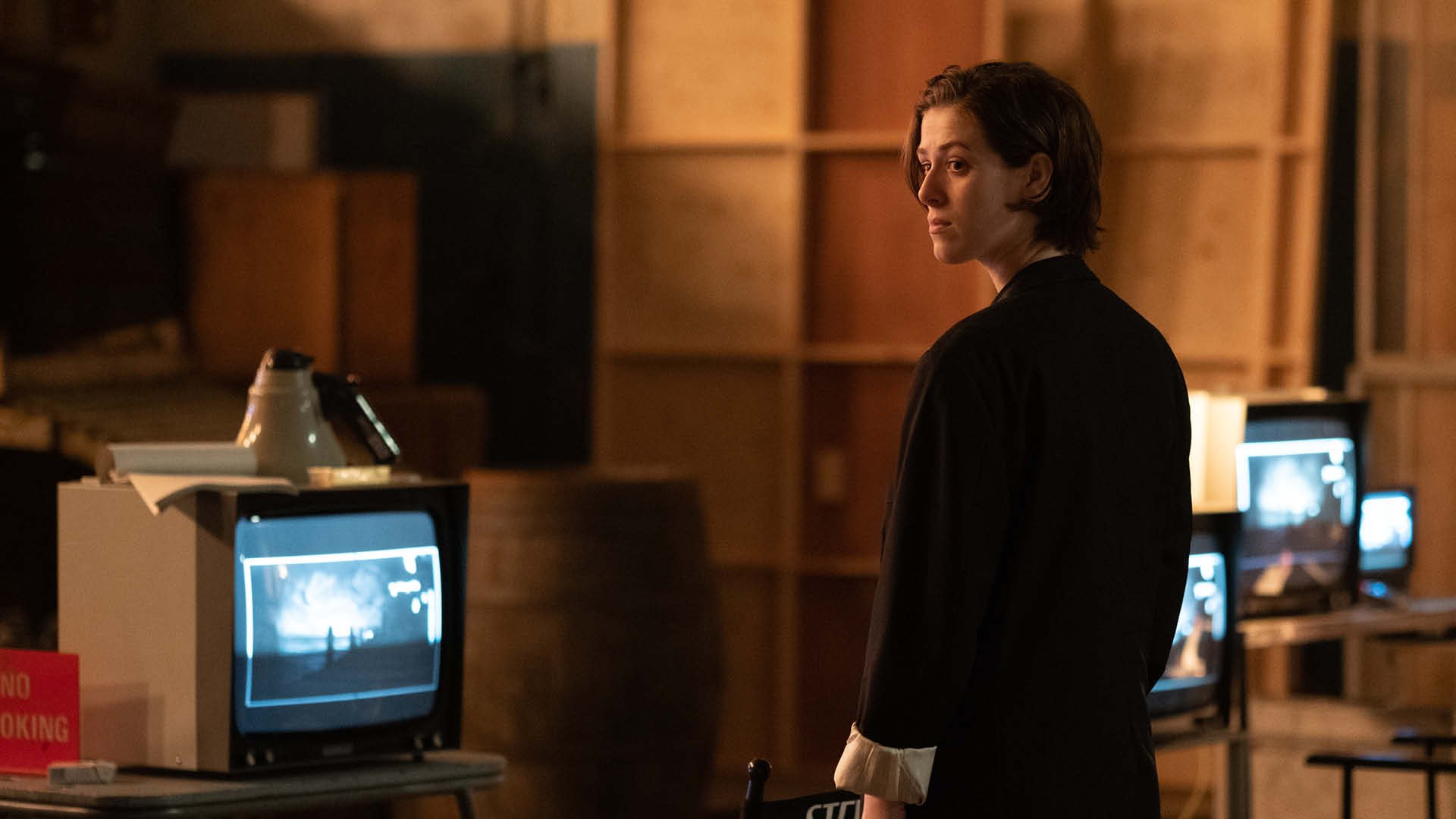 From her debut film Unrelated through to The Souvenir, Hogg has always been a keen observer of British society, and her latest film is no exception. Deeply personal but completely relatable, The Souvenir Part II is a tender story of growing up and growing wiser, with a deep affection for its characters but an unmistakable ability to poke fun at the more ridiculous elements of their environment.

This film also offers Hogg an opportunity for more experimental flourishes, particularly in the latter half of the film, calling into question the idea of how film might serve as a form of memory, and how we rearrange images of the past within our own minds to make sense of them.

A testament to the healing power of filmmaking, this conclusion to Hogg's stunningly inventive and intimate drama is a beautifully realised portrait of womanhood in progress from one of the UK's foremost cinematic talents. It's also not necessary to have seen The Souvenir to enjoy this second half because the storyline is a satisfying standalone in its own right – a feat that is a testament to Hogg's skill as a storyteller.

Despite the sadness woven into the film's narrative, Hogg brings her inimitable wit and honesty to the story, creating a compelling drama that reflects the complexities of being an adult and taking tentative steps towards independence.

With a magnetic lead performance from Swinton-Byrne and a strong supporting cast, this is British filmmaking at its finest. A cinema experience as transporting and generous as The Souvenir Part II doesn't come along too often – don't miss the chance to see this one on the big screen.

To celebrate the release of the jaw-dropping new documentary Fire of Love, we’ve got an incredible adventure prize bundle to give away!

What’s your favourite film of 2022 so far? Tell us! | The Love of Cinema Podcast