Charlie Fellowes, founder of Edel Assanti gallery, on the artwork by Dale Lewis being installed in Finsbury Park Picturehouse…

To coincide with the opening of Finsbury Park Picturehouse this summer,  British painter Dale Lewis will unveil a specially commissioned mural celebrating the rich cultural and social histories and the diverse communities of the local area. The mural, Lewis's largest artwork to date, measures seven metres in height and five metres in width and will be his first permanent public commission in the UK. The mural will be installed in the cinema's entrance and is visible from all angles along Wells Terrace. 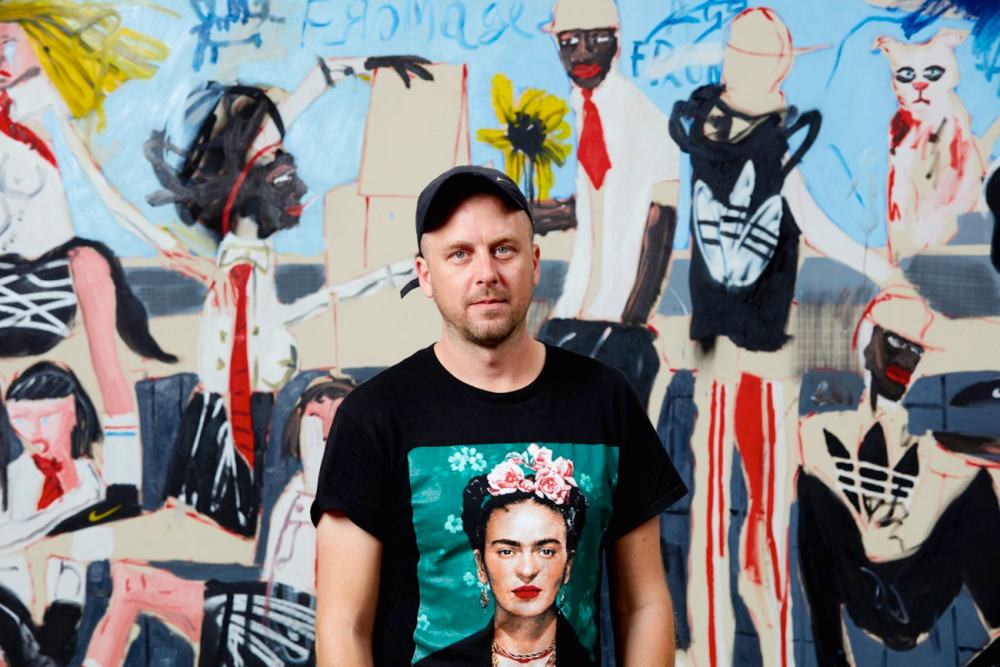 "The mural's playful aesthetic reads like a sprawling sonnet or love letter to an area of London that Lewis knows intimately."

The work depicts a multitude of recognisable characters from across the ages, alongside figures who represent the many communities that live in the area today – all of whom have played significant roles in shaping the rich history of London N4. Showing the subjects in a fantasy conga line dancing along the park's paths, the mural's playful aesthetic reads like a sprawling sonnet or love letter to an area of London that Lewis knows intimately. The artist worked a stone's throw from the new cinema for several years before forging a career as a full-time artist.

In researching the history of the area, Lewis found that a kaleidoscopic cocktail of characters had performed and protested both inside and close to Finsbury Park itself. The mural's conga line begins with Bob Marley, who played a legendary gig at the Rainbow Theatre in 1977, and it culminates with Emmeline Pankhurst, who in 1906 held a public meeting inside the park to denounce the imprisonment of 11 women for demanding the right to vote. Along the way, these noted historical figures serenade and dance alongside characters drawn from the diverse communities that make Finsbury Park an exemplar of 21st century cosmopolitan London society. 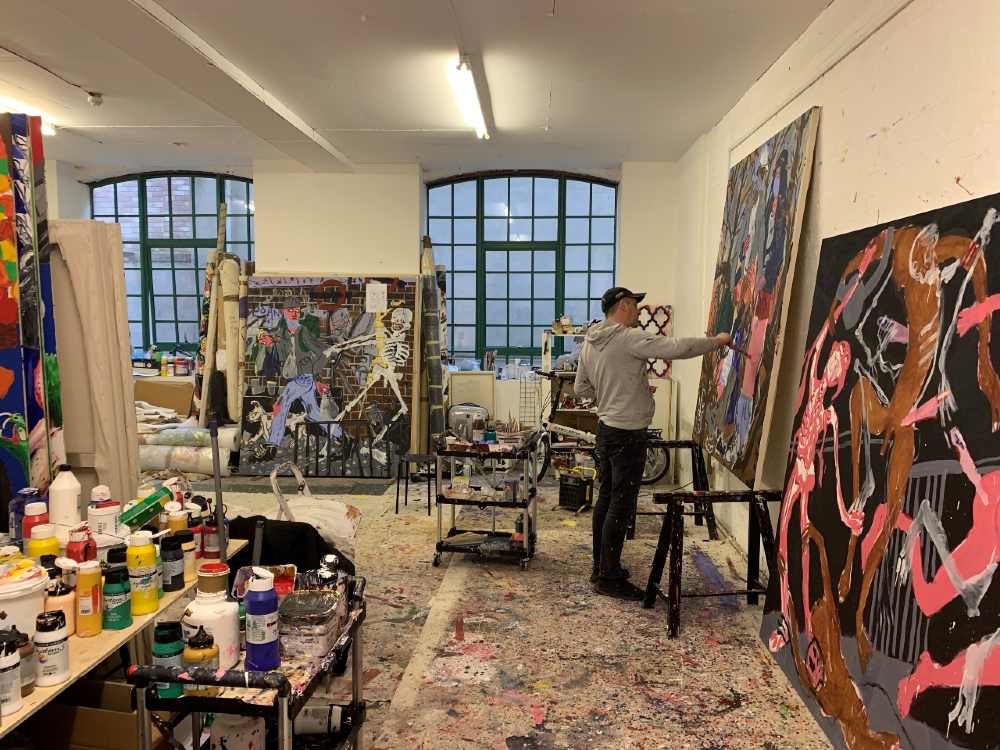 On either side of Lewis's fantastical conga line of figures, the mural's surface reverberates with vivid flora and fauna. This includes football-sized bumblebees and roving sheep, depicted as fluffy clouds, meandering through chrysanthemums, azaleas and rhododendrons, all plants commonly associated with Finsbury Park in full bloom. The mural is bookended by the underground reservoir that still exists beneath Finsbury Park, here inhabited by human-sized comic rats, and a skyline in which the severed head of Alfred Hitchcock is recast as a glowing moon in acknowledgement of one of North London's true cinematic greats.