Test your Oscars knowledge at Picturehouse Central this March

It's almost Hollywood's biggest night: The Oscars are just around the corner. What better way to celebrate the highs and lows, snubs and surprises of every cinephile's favourite award show than a quiz – and not only that, a quiz hosted by three definitive experts on the subject?

Picturehouse Central is playing host to a Film Quiz on Wednesday 23 March alongside our friends at The Best Pick Movie Podcast﻿, Tom Salinsky, Jessica Regan and John Dorney. It's just £2 minimum to enter—100% of entry fees will go to our charity partners Refuge—and there'll be plenty of film nerd fun to be had and prizes to be won. Teams are limited to 6 people maximum.

Picturehouse has been working with Refuge since 2019, and is proud to continue to support our amazing charity partner. Refuge helps women and children experiencing domestic abuse, and our ongoing partnership has seen all 26 Picturehouse Cinemas collectively raise funds to support the vital work of this national charity. With your help, we've raised £114,956.000 and counting!

So, assemble your teammates, brainstorm a team name (we're partial to a good pun) and join us from 18.30 at our first-floor restaurant for a 19.00 start. You'll be able to enjoy food and drinks all night from our restaurant, and you can brush up on your Oscars history with 10% off The Best Pick team's new book Best Pick: A Journey Through Film History and the Academy Awards.

If you'd like to save yourself a table email [email protected] with your name/contact number, quiz team name if you have it, and how many people will be on the team. Teams are limited to 6 people maximum, and it is a minimum of £2 entrance fee per person.

We'll hand over to the team from Best Pick to tell us all about their award show history, proving exactly why if there was an Oscar for Best Quiz Host, they'd be the frontrunner…

The three of us had always been keen Oscar watchers. For a number of consecutive Marches, we'd gather around the television together near midnight with bowls of popcorn and glasses of wine (followed several hours later by mugs of coffee) to watch lavish production numbers, awkward comedy bits, 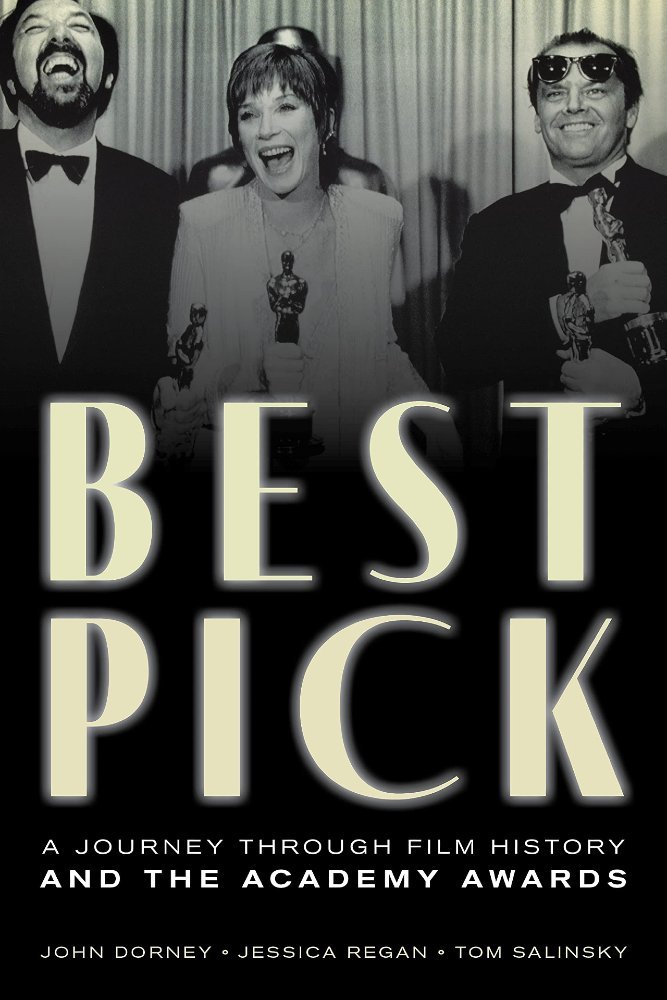 For each instalment, we researched what happened at that year's awards, looked more widely at the world of film, dug into the making of the winner—and sometimes took detours into other films, filmmakers, trends, and genres. Then we watched the film together and gave our verdict—did the Academy, in our opinion, get it right?

Each of us has our say on every winner. You probably won't agree with all our choices. In fact, you certainly won't, as we don't always agree with each other. But maybe there will be some films we single out that you haven't seen. And what a glorious thing that is. To settle down and watch a film—maybe a film made before even your parents were born—for the very first time.

But we're not done yet! With all this research and knowledge we've amassed over four years, it surely makes sense to come up with a quiz for the good patrons of Picturehouse: a quiz as epic as a David Lean winner, as action-packed as a Bigelow joint and as absurdly fun as this whole enterprise has been for us. The Academy Awards are this month and what better way to mark it than to immerse yourself in all things Oscar? Come get your quiz on as we ask all kinds of questions that will tease, titillate and torment Oscar fans and cinephiles alike. There will be challenges! There will be spot prizes! There will be stacks of our book for sale discounted at 10%!

We cannot wait to see you there and share our experience with you.

Join us at Picturehouse Central for our Refuge Film Quiz on Wednesday 23 March from 18.30 onwards, with a start time of 19.00.