Experience the Flavours of Japan

Immerse yourself in the best Japanese cinema has to offer this Autumn. From Akira Kurosawa's influential take on the Western Seven Samurai to Yasujirō Ozu's subtle tale of generational difference Tokyo Story, reDiscover the work of two master directors with our Japan Season.

Our Japan Season starts with one of the most thrilling epics of all time by a director whose influence cannot be understated. Akira Kurosawa's Seven Samurai is a defining work of Japanese cinema, whose influence can be found in anything from the American Western remake Magnificent Seven to animated family adventure A Bug's Life to post-apocalyptic blockbuster Mad Max: Fury Road.

The evergreen tale of an outsider enlisted to help the defenceless, Kurosawa's tale charts the story of the inhabitants of a rural Japanese village, anxiously awaiting the arrival of harvest as a group of bandits have sworn they'll steal their crops and destroy their livelihood. With no other options, they enlist a veteran samurai to defend them – and he gathers six more soldiers to protect the village from their attackers.

Can't get enough of samurai action? Then join us for a lesser-known Akira Kurosawa classic of action and sword-fighting. The exhilarating Yojimbo reunites Kurosawa with Seven Samurai's Toshiro Mifune who stars as a nameless ronin soldier wandering the feudal Japanese countryside alone. A partnership that would last throughout both actor and director's career—culminating in a staggering 16 films made together—there is no denying the power and exhilaration of a Kurosawa-Mifune collaboration.

Here Mifune's nameless ronin arrives in a rural village, where he discovers two rival businessmen struggling for control of the local gambling trade, and convinces both men to hire him as a personal bodyguard. But when he quickly grows tired of the grotesque gangs, he artfully sets in motion a full-scale gang war – with deadly, if comic, consequences.

Laugh and gasp with us for one day only—on 4 November—in Picturehouse Cinemas. 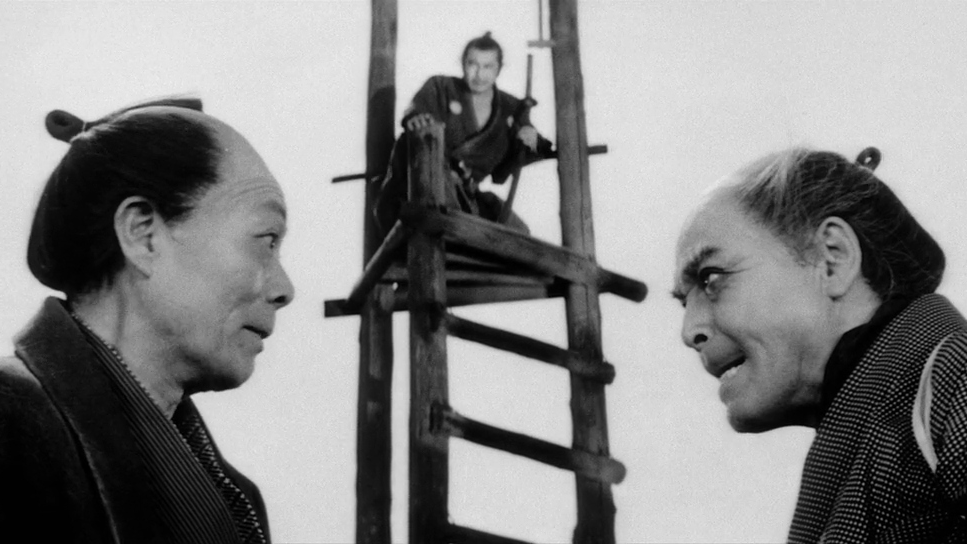 If you are looking for something more contemplative, then perhaps the work of Yasujirō Ozu is for you. A quiet family drama that still resonates today, Early Summer is a melodic consideration of generational difference. A topic Ozu would return to again and again, perfecting his stories into a fine art on screen.

Part of a critically acclaimed run of films in the 1950s, Early Summer tells the story of the Mamiya family who seek a husband for their daughter Noriko. Noriko has ideas of her own – and her decision to reject the proposal of an older businessman to marry her widowed childhood friend sends shockwaves through her family's quiet, happy domestic sphere.

Catch this nuanced portrayal of familial tensions from 5 November.

The Flavour Of Green Tea Over Rice

The next film of Yasujirō Ozu after Early Summer, The Flavour of Green Tea over Rice lives up to its emotive title. Developed from a script Ozu shelved over ten years earlier in protest of a military censorship, the film is a mediation on relationships, both traditional and modern in the face of a changing Japanese lifestyle post-war.

An already-rocky relationship of a childless married couple is strained by a series of secrets and lies; the wife's urban sophistication bumps up against the husband's small-town simplicity. However, their angst is disrupted by their headstrong, modern niece – who's using her unhappy aunt and uncle as an excuse to keep her from being bound to married life.

Delve into Japanese domesticity with us from 12 November.

Shakespeare adaptations are a foundation of cinema from its earliest days, but no one does it quite like Akira Kurosawa. Despite its time and location being far-flung from the original Scottish Play, Throne Of Blood's ghostly lands of feudal Japan seem ready-made for this story of a violent rise to power, and the chaos that follows.

Kurosawa recruits again Toshiro Mifune for the role of the hardened warrior who rises violently to power. Pulling the strings behind him is his ruthless wife, who urges him to assassinate the country's monarch and begins a chain of events responsible for a madness that takes hold of them both.

Immerse into the spectacle of feudal Japan from 19 November.

Ending our Japan season is the last of the trilogy of films Yasujirō Ozu made between 1951 and 1953. It is also an apt send-off, as a film known for its stunning cinematography of Tokyo in a dynamic black and white film that does not diminish the beauty of its varied locations in the slightest.

Tokyo Story carefully charts an ageing couple's journey into the city to visit their children. Both children—their son, a suburban doctor, and their daughter, owner of a hairdressing salon—fail to find the time to entertain their parents, leaving only their widowed daughter-in-law, who volunteers to take them sightseeing across Tokyo.

Venture through Japan with this lyrical masterpiece, from 26 November. 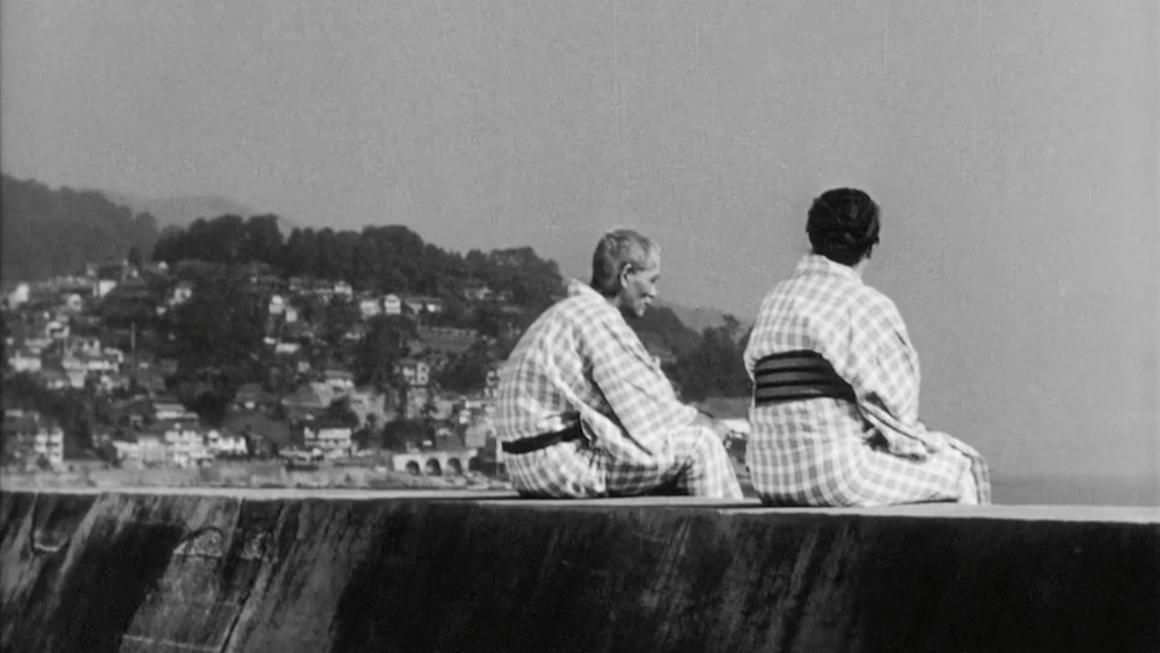 Come and catch a classic of Japanese cinema on the big screen; whether for edge of your seat action or a delicate mediation of family life, there will be something in the work of Akira Kurosawa or Yasujirō Ozu for you to reDiscover.

If warring samurais and generation-spanning family drama isn't enough, perhaps our bonus reDiscover addition of 1954's Godzilla is the way to end our journey into the past of Japan. The original kaiju (which translates literally to 'strange beast') film, Godzilla - the titular creature that is - has become a cultural icon. He's been to the US, he's been to space. He's fought Mothra, Ghidorah, and King Kong. He's had a child – and he's even played basketball.

In the 1954 original however, Godzilla (Gojira in the original Japanese, which translates to the evocative 'gorilla-whale') is a symbol of the aftermath of nuclear devastation in Japan post-WWII. Rather than the anti-hero he would become in later versions - speaking to Godzilla's instant impression he made on the minds of cinemagoers all over the world - Godzilla here is a force of nature. Born as a side effect of nuclear testing, Godzilla brings a reign of destruction to Tokyo, leaving only a team consisting of palaeontologists, military officials, and scientists to stop him before it is too late.

A pioneering piece of cinema that introduced audiences to 'suitmation' (the cinematic technique of having a person in a monster suit interact with miniature sets), Godzilla set the standard for monster movie tropes, and still has the ability to thrill and move us in both its epic aesthetic qualities and surprisingly emotional narrative. This is a Japanese classic - and a send-off to a season packed with them - that is not to be missed.

Catch Godzilla roaring his way onto the big screen from 4 December.

Baz Luhrmann’s Elvis has entered the building! We’re celebrating the dazzling new biopic of the King of Rock and Roll by giving you the chance to win a customised Elvis Epiphone guitar.

Elvis is shaping up to be a film experience that will undoubtedly shake, rattle and roll. Elvis is in cinemas from Fri 24 Jun.

At Outdoor Cinema, you can enjoy alfresco cinema under the stars at five lovely locations.

We couldn't be happier to be welcoming Adobe back as our Presenting Partner for Sundance. As we prepare to celebrate, Adobe's Simon Morris shares his thoughts on why it's so important to give filmmakers the opportunity to have their voices heard.