Elvis is shaping up to be a film experience that will undoubtedly shake, rattle and roll.

Elvis is back in the building! Visionary Oscar-nominated filmmaker Baz Luhrmann (Moulin Rouge!, The Great Gatsby) is revisiting the life and career of legendary rock'n'roll star Elvis Presley in a colourful biopic that will span the two incredible decades from Presley's early years to his meteoric rise to fame.

Rising star Austin Butler (Once Upon A Time… In Hollywood) takes on the role of the Mississippi-born Elvis who, after playing music locally around his home city of Memphis for years, rises to worldwide fame in the mid-1950s with blues-infused rock numbers like Heartbreak Hotel and memorable covers of rockabilly numbers like Blue Suede Shoes and Hound Dog. 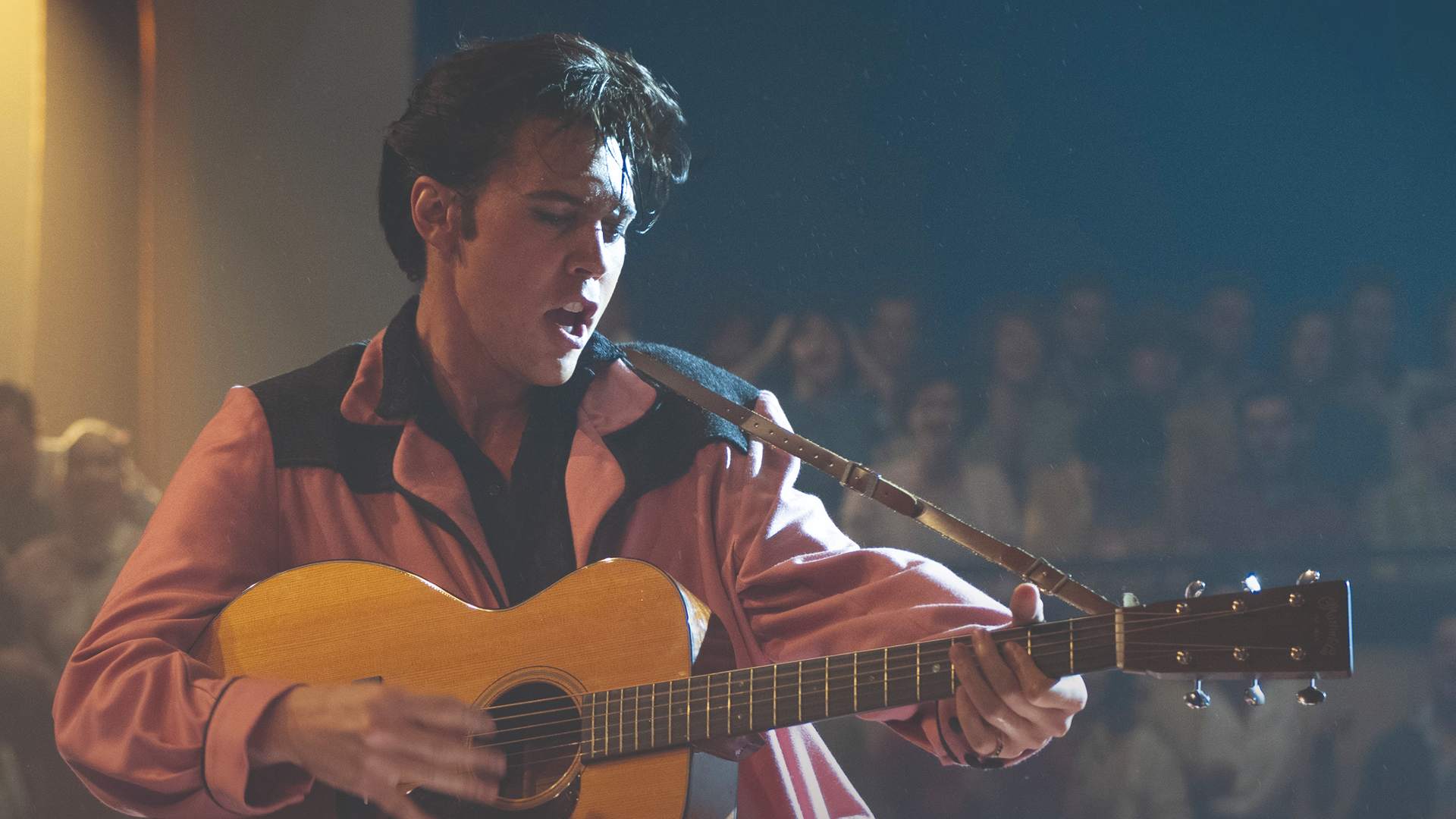 With his groundbreaking new sound, not to mention his suggestive dance moves, Elvis was like nothing ever seen before, and lit a fire under the global music industry – and in the hearts of a legion of teenage fans. That superstardom was compounded by appearances in films like Love Me Tender (1956), and by the two years he spent in the US armed forces between 1958 and 1960.

During this time, and for two decades in all, Presley was managed by the enigmatic Colonel Tom Parker, played here by two-time Oscar-winning acting veteran Tom Hanks (Forrest Gump, Philadelphia). Elvis delves into the complicated relationship between Presley and Parker, who played a central role in the singer's success as both agent and mentor, but was also found to have been acting against his client's best interests in an investigation carried out after Elvis's death in 1977.

This complex and intriguing dynamic is at the heart of Luhrmann's film, which also explores the evolution of the cultural landscape in America throughout Elvis's career, as the teenage revolution of the 1950s and optimism of the early 1960s give way to cynicism and hostilities surrounding such things as race relations and the Vietnam war.

Throughout most of these years, as Elvis's stardom peaked and he became a global icon, someone else was by Elvis's side: his wife, Priscilla Presley. The pair met at a party in 1959, married in 1967 and had a daughter, Lisa-Marie, in 1968, before separating in 1972. This relationship is of central importance in the film, and the role of Priscilla is played by award-winning Australian actress Olivia DeJonge (The Visit, Hiding), who will next be seen in Netflix's forthcoming drama The Staircase.

Joining Butler, Hanks and DeJonge in the cast is a host of talent including Helen Thomson (Top Of The Lake: China Girl) and Richard Roxburgh (Hacksaw Ridge), who play Elvis's parents, Gladys and Vernon; David Wenham (The Lord Of The Rings trilogy), who plays country music artist Hank Snow; Kodi Smit-McPhee (The Power Of The Dog) as Hank's son Jimmie Rodgers Snow; and Kelvin Harrison, Jr. (The Trial Of The Chicago 7) who takes the role of iconic bluesman BB King.

The talent is just as impressive behind the camera. Director of photography Mandy Walker has lensed visually arresting films including Truth, Hidden Figures and Mulan, while the dazzling array of costumes are designed by Catherine Martin (also one of the film's producers), an Oscar winner for both The Great Gatsby and Moulin Rouge! With production design from Karen Murphy (A Star Is Born), and Oscar-nominated visual effects supervisor Thomas Wood (Mad Max: Fury Road) also on board, Elvis is shaping up to be a film experience that will undoubtedly shake, rattle and roll.

Elvis is in cinemas from Friday 24 June — Book Now

Elvis is shaping up to be a film experience that will undoubtedly shake, rattle and roll. Elvis is in cinemas from Fri 24 Jun.

At Outdoor Cinema, you can enjoy alfresco cinema under the stars at five lovely locations.

We couldn't be happier to be welcoming Adobe back as our Presenting Partner for Sundance. As we prepare to celebrate, Adobe's Simon Morris shares his thoughts on why it's so important to give filmmakers the opportunity to have their voices heard.

With Sundance Film Festival: London around the corner, we're excited to welcome back Argo as our Supporting Partner.

The Picturehouse Team 31 May 22