After over a year without live music or trips to the cinema, a film like The Sparks Brothers couldn't have come along at a better time. A cinematic celebration of a band who have been in the business for five decades, this musical marvel introduces – or reintroduces – Ron and Russell Mael, the brothers behind one of the most quietly influential duos in pop history.

Since forming in 1967, Sparks has released 25 studio albums, toured the world repeatedly and amassed a steady following of loyal fans – including some of the most famous people in the world. Among them is Edgar Wright, the filmmaker behind hits including Shaun Of The Dead, Scott Pilgrim Vs. The World and Baby Driver, plus the forthcoming Last Night In Soho, to be released this autumn. The Sparks Brothers is his first foray into documentary filmmaking, and sees him bring together Ron and Russell plus a whole host of their famous fans to tell the story of "your favourite band's favourite band". Told with Wright's familiar stylistic flair and sense of humour, the film is an all-singing, all-dancing tour through music history – and like everyone, Wright can't wait to watch it on the big screen.

Was it key for you to make a film that any music fan could watch and enjoy, even if they'd never heard of Sparks?

Absolutely. It was important to make a music documentary about Sparks where it's a celebration for some and an introduction for others. I think there are too many music documentaries that just assume that you know the subject inside out and don't take into account that some people might be learning about them for the first time. I knew that would be the case for Sparks, and that was the key to the whole thing. It's been great having people watch the film and say, "Where have Sparks been all my life?". That's exactly the response I wanted!

When did you first encounter Sparks?

I watched Tops Of The Pops as a kid, and remember watching Sparks when I was five years old, doing the single The Number One Song In Heaven. I remember thinking that it was very striking and very visually dynamic, but also, a lot of the musical acts you saw at that time were very smiley and happy, so seeing Ron and Russell staring down the camera, between like, ABBA and The Wombles, felt very odd. My parents used to buy me and my brother these chart compilations and I had these two different albums which happened to have one Sparks track on each, but that's all I had to go on for years. For a long time, the band was a bit of a riddle to me. Later, I'd hear their glam rock phrase, and then in the '90s they were all over the TV with When Do I Get To Sing 'My Way'? looking exactly the same as they had 15 years prior to that. They kept pushing new material that was getting more ambitious as they got older. It seemed to be the exact reverse trajectory of every other long-running band and I thought that was miraculous and extraordinary.

Where did the idea for a documentary come about?

I started to think that Sparks were the best and most influential band that didn't have a film about them and I kept mentioning it – not necessarily the idea of me doing the documentary, but of someone doing one – to friends of mine who are Sparks fans. I was at a Sparks gig with the director Phil Lord in 2017, and I said, 'The only thing stopping Sparks from being as big as they could possibly be is a documentary about them,' and Phil said, 'You should do it!' and I said, 'Yeah, I should do it!' so I pitched it to Ron and Russell that night. As soon as I'd said it out loud, that became a vocal contract. I thought, 'I cannot let my heroes down, I have to make a Sparks film.' 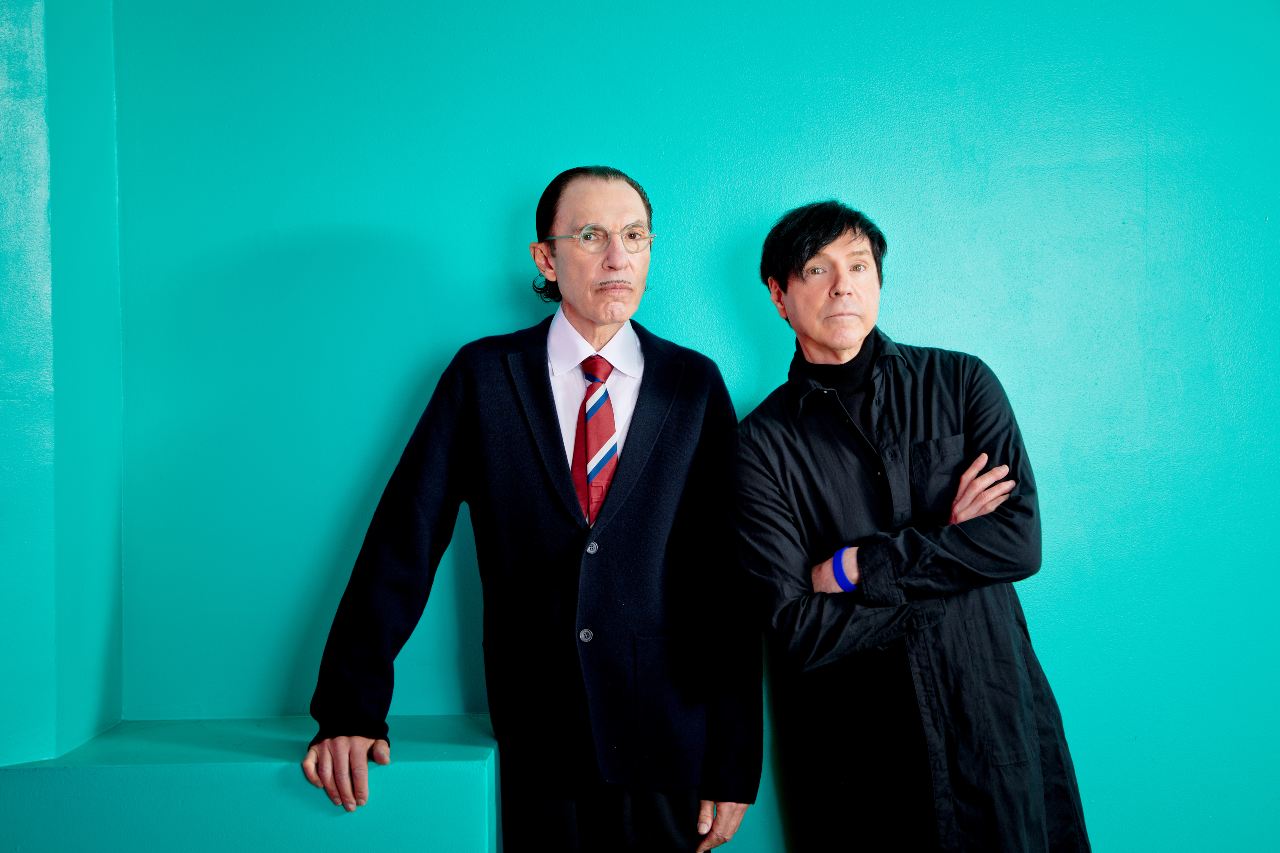