In Alice Winocour's 2015 film Disorder, the war in Afghanistan is only seen in a short prologue where our lead character, Vincent (Matthias Schoenaerts), is seen dressed in full combat gear, running alongside other soldiers. But the ghost of that conflict haunts the entire film, the fear and its memory visibly etched into Vincent's eyes and manifested in every twitch of his muscular body, even as he returns to "normal," civilian life. Soon enough, a doctor puts a word to what Vincent is going through — post-traumatic stress disorder — warning him that he might not be allowed to return to active combat.

Winocour is interested in this contrast between the matter-of-fact, objective, outside the reality of the world — that of bodies, war, and doctors' names for illnesses — and the loose, undefined, flexible reality of internal experience — Vincent's painful emotions and trauma. How does one ever navigate between the two? Vincent, it quickly turns out, would rather stay in the former at all times, and when he is hired as a bodyguard working at a party thrown by a rich politician, he clearly is in his element. Focused on the situation, he has no time to get lost in his thoughts or to become incapacitated by fear. His wish to return to combat doesn't seem so counterintuitive after all. 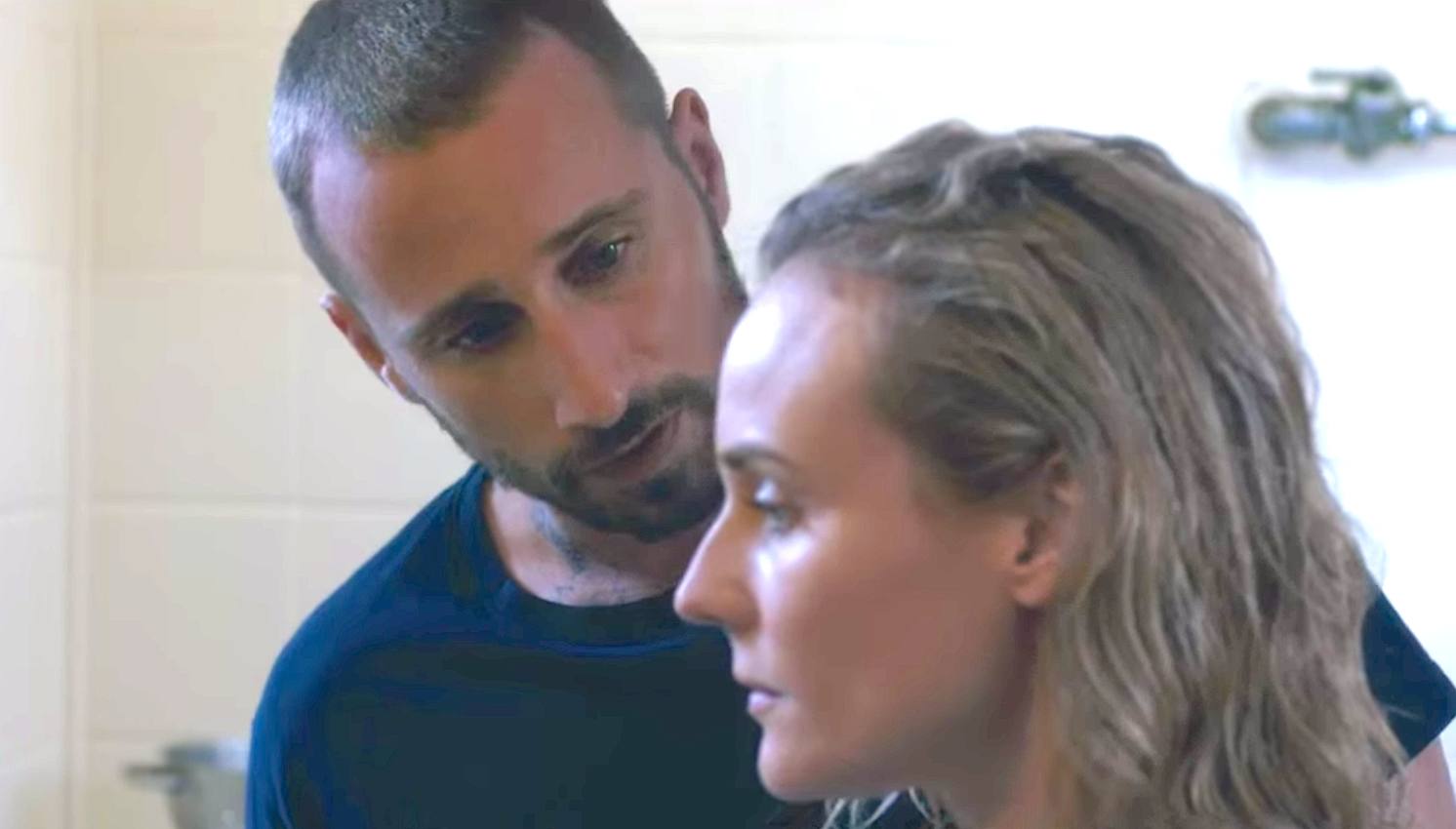 For a time, it even seems Vincent is actively looking for some kind of high octane situation where it might not exist at all, so afraid he is of sitting with his own thoughts. But Winocour remains by his side no matter what. When his emotions become too much to bear and spill outside of his mind and come to affect him physically — when he has one of his many panic attacks — we stay with him, and Winocour gives us a sense of their destabilising, feverish effect with close-ups on his body and a pounding electro score rhythmic like blood pumping in the temples. But we also stay with Vincent in the moments where he becomes a machine, his mind hyper-aware, his body ready to bounce towards any potential threats to his clients. Winocour aligns us with his paranoid vision so well that when he is accused of being too suspicious or heavy-handed, we share his confusion and anger.

In this world of pain and shredded nerves, there is thankfully a little tenderness to be found in the figure of Jessie (Diane Kruger) and her young son, who make up the family of the diplomat throwing the party on his gigantic property. As Vincent looks after the two of them while the patriarch is away on business, he quickly discovers a less glitzy, more maternal and loving dimension to the woman than the one she tried to project at the party. There is nothing groundbreaking to a mother loving her son, but it is a rare enough sight for Vincent to have his whole perspective if not changed, then at least broadened to include affection, alongside mistrust, aggression and self-defence.

Winocour finds a perfect and productive balance between moments of tenderness and those of explosive violence, each emphasising the other without ever going too far or falling into cliched exaggeration. When the mansion is under attack from masked, heavily armed assailants, Vincent throws himself at them without hesitation, and Winocour frames the realistic fight scenes with formal vigour in a way that makes you feel every punch. In centreing the subjectivity of its at times violent anti-hero, Disorder is both a thrilling action film and a deeply humane one, getting at a kind of raw and real emotionality usually absent from genre cinema.

Disorder is available to watch here.

Read the transcript for the latest The Love Of Cinema podcast that goes deep on the best new releases.

Few film-makers have ever changed Hollywood as quickly or as profoundly as Quentin Tarantino. Film writer Helen O'Hara gives us a glimpse at the remarkable career of Mr QT himself.

2019 marks the 30th birthdays of Picturehouse Cinemas and Empire magazine, brands that have shaped movie-going across generations.

Watch our True History Of The Kelly Gang highlight for a short blast of what's in store.