From the flashy credit sequence that opens the film onwards, Blindspotting reveals its eye for the cruel ironies and contradictions that make up life in contemporary America. A split-screen shows two different sides of Oakland, California and draws connections between the lifestyles, habits and living spaces of the less and more privileged — more broadly, between the white population and the black. The red tomatoes of a street market echo the red containers of the dock. Brand new condos are juxtaposed with the tents of the homeless. A group of white people dance in a style very similar to that of a Black man alone on the other side of the screen. Superficial similarities conceal profound inequalities and the co-opting of one culture by another within the same town.

Bridging the boundary between these two coexisting but not exactly cohabiting populations are the young black man Collin (Daveed Diggs) and his white friend Miles (Rafael Casal), a pair who grew up together and now work for a moving company, seeing first hand the gentrification process that is changing their city (this pair of actors coincidentally also wrote the film together).

After a stint in jail for an incident we only learn about in detail late into the film, Collin now has just three days left of his probation period. But that doesn't stop Miles from getting him into situations which would be dicey for anybody, but especially for Collin. Early on, as the two are hanging out with a friend, the latter casually pulls out not one, not two, but six guns from various compartments of his pimped up car (which doubles as an Uber – a sign of the times). Making matters worse for Collin, who should not know about the presence of guns around him (robbing him of 'plausible deniability' in the event that he is caught), let alone be seen in their presence, is Miles' snap decision to buy one of them on the spot. 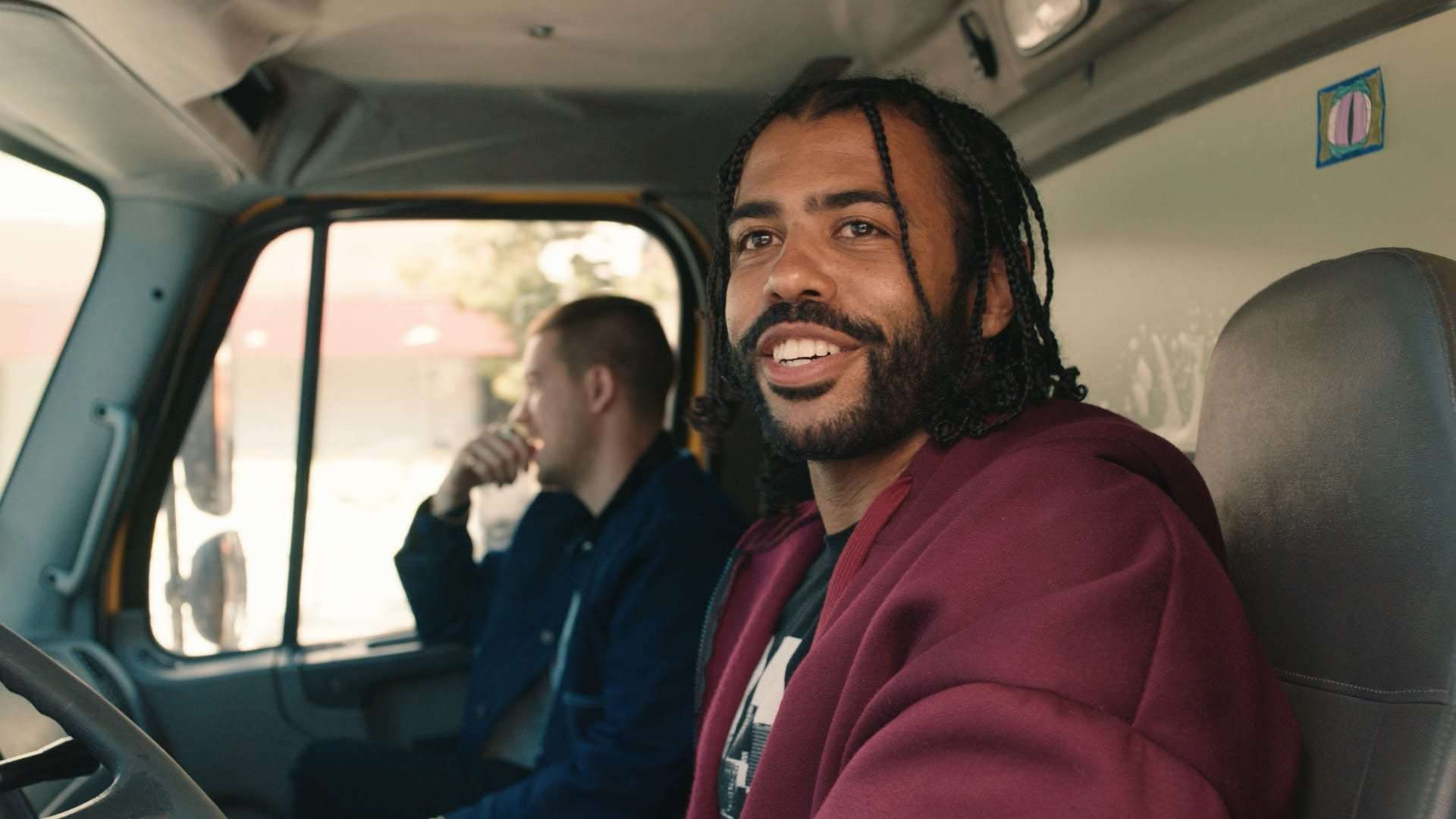 Already it is clear that the relationship between these two men is unbalanced, and not simply in the way one friend can sometimes be more dominant than the other. This inequality is as much based on their character as it is on their respective and contrasting place within American society. While Miles freely displays his outrage at being given a vegan burger at a function early on in the film, Collin is much more reserved because he is a generally quieter person — but also because he knows on some level that, in America today, being visible while black is dangerous. This nagging sense of insecurity suddenly takes on a much more vivid dimension for Collin when, returning home from work, he witnesses a white policeman shoot a black man in the street.

What makes Blindspotting essential viewing is the way it overthrows the classic cinematic trope that shows friendship as a solution to racism. Indeed, it is precisely Collin's proximity to his best friend Miles that gets him into trouble, from the very beginning of the film and throughout the next three, often very stressful, days. If caught in a bad situation, Collin does not simply risk a tap on the wrist, it is his very life that is at stake. So why can't his best friend see that?

The term "blindspotting", mentioned in the film via Collin's ex-girlfriend Val (Janina Gavankar) as she studies for her psychology test, refers to the inability to see a vase if one's first instinct is to see two profiles, in the famous image of Rubin's Vase. In psychology, this relates to the inability to perceive somebody as something other than the image one already has of them. The killer cop sees his victim as a violent criminal, and not as a young man running away because he is scared of dying. Miles sees Collin as his childhood friend, and not as a person in constant fear for his life. Rather than aiming to "solve" racism through a story of inter-racial friendship, Blindspotting shows the limits of good intentions and the humbling and opening necessary to true understanding.

Blindspotting is available to watch here or watch for FREE on Google Play (ends midnight 2 July 2020).