It's lunchtime in mid-March and Danny Boyle has just ducked out of a mixing session for his latest film, Yesterday, for a chat. He's in the final throes of post-production, although if there's any pressure on him, you wouldn't know it; the 62-year-old Manchester native giggles infectiously throughout our time together. Perhaps he knows what a gilt-edged idea he's got for this, his 13th feature film. Based on a Richard Curtis script, it's the story of Jack (Himesh Patel), a struggling singer-songwriter who wakes up one day to discover that The Beatles' music has been erased from everybody's minds – except his own. Needless to say, he starts passing off their tunes as his work, and success and stardom rapidly come his way. Although music has often been a mainstay of Boyle's movies – from the Iggy Pop opening of Trainspotting to the Bollywood finale of his Oscar-winning Slumdog Millionaire – this is taking it to a different level. "It's not just a sidebar that entertains us on our journey," he says. "It is our journey in so many ways."

How did the collaboration with Richard Curtis on Yesterday come about?

When we did the Olympics opening ceremony, he was very good and he came in and helped the writing of the Rowan Atkinson bit. I knew him on a respect basis, just to say hello to, and then he just sent me this script out of the blue, and I wrote back to him straight away. There's a phrase that Coleridge used about Wordsworth, 'unborrowed genius', and when I read this script that's what I thought. As an idea, it's so simple and it touches so much in us in a way. I absolutely adored it, so I jumped straight in.

What made you cast Himesh Patel as your lead, Jack?

When he first came into the audition, Himesh, I thought, 'That's him.' I don't know what it is, I can't explain it, I can't put it in a nice phrase to say what it is about him, but it's something about him singing the songs. Each time he does them in the film, he's singing them live.

How did you and your composer work on arranging the music?

We've got this great musician, Daniel Pemberton, who I worked with before on the Steve Jobs film. The job of the composer on this film is very odd. They look at you at first and go, 'What? The Beatles? You're going to put my music up against The Beatles? What's in it for me? I'm a dead man walking!' But he was wonderful, Daniel, he took it on board and he's done some lovely music for us.

What are your specific memories of The Beatles from when you were young?

Very, very specific. I'm a twin – I have a twin sister and a younger sister, and we all used to sleep in the same bedroom, and we used to play being The Beatles. I remember it so vividly. It's embarrassing! We'd go under the covers… and this was dictated by my sister, who fancied Paul so much. So, therefore, I was John. I could only be John. And then Bernadette got to choose; she could be Ringo or George, we didn't care! Which is a terrible thing to admit, but it's absolutely true. So that was my first memory.

Did you get to meet Ringo or Paul during the making of Yesterday?

No, I know Paul a little bit, again because of the Olympics opening ceremony. I've never met Olivia, George's widow, or Yoko, obviously John's widow. And I've never met Ringo. I wrote to them all about what we were doing and wanted to say what was the purpose of what we were trying to do, and I got a lovely note back off Ringo. It was so sweet.

Was it good to make something lighter after Steve Jobs, the Trainspotting sequel and Trust?

It was, very much. Especially after Trust, because the Gettys, that milieu, it's hard to find a lot of compassion in that world. Really hard, and I missed it, I have to say. So this is warm. I really enjoyed disappearing into this world. It's also music, and I love music. I've always wanted to do a musical; I've never quite had the courage. I'm obviously working up the courage because I'm getting closer. It's not exactly a musical, there's no real dancing, but you get some proper, good live performances.

What was the most challenging scene to film?

Well, we have Ed Sheeran in the film, and he allowed us to film at Wembley and Cardiff, where he did a number of gigs. Our character Jack appears at one of his gigs at one point in the storyline, and that is challenging. We had this amazing cinematographer, Chris Ross, who I worked on Trust with, and Patrick Rolfe, the production designer – they did a wonderful job in allowing us to put Himesh in front of a live crowd.

What do you hope audiences take away from Yesterday?

I remember when I started talking to Richard about his writing; I said, 'All your work is about love over time, Richard', and he looked at me like I was mad, but I think it is. It's love of different kinds over time, and I hope that's what they take away. They're the two forces that run us, for good and bad. There's a limit but time is a remembrance of things, it's an incredibly powerful carriageway as well. I hope this film is about love over time. Love of many things.

You've done film, theatre and television. Is rotating between mediums what keeps you fresh?

Well, you have to be careful that you don't take it for granted. I'd done theatre before, but you get rusty at it, and they're not playthings. It's really the idea that drives you, and then you think, 'Can I bring it off in that medium?' And then you need a lot of help from people who are more experienced than you in it. I have a lot of experience in film now, but you can never take anything for granted. It's the excitement of thinking, 'Woah, that's a little beyond me. Can I reach it with people's help? Can I get to it?' 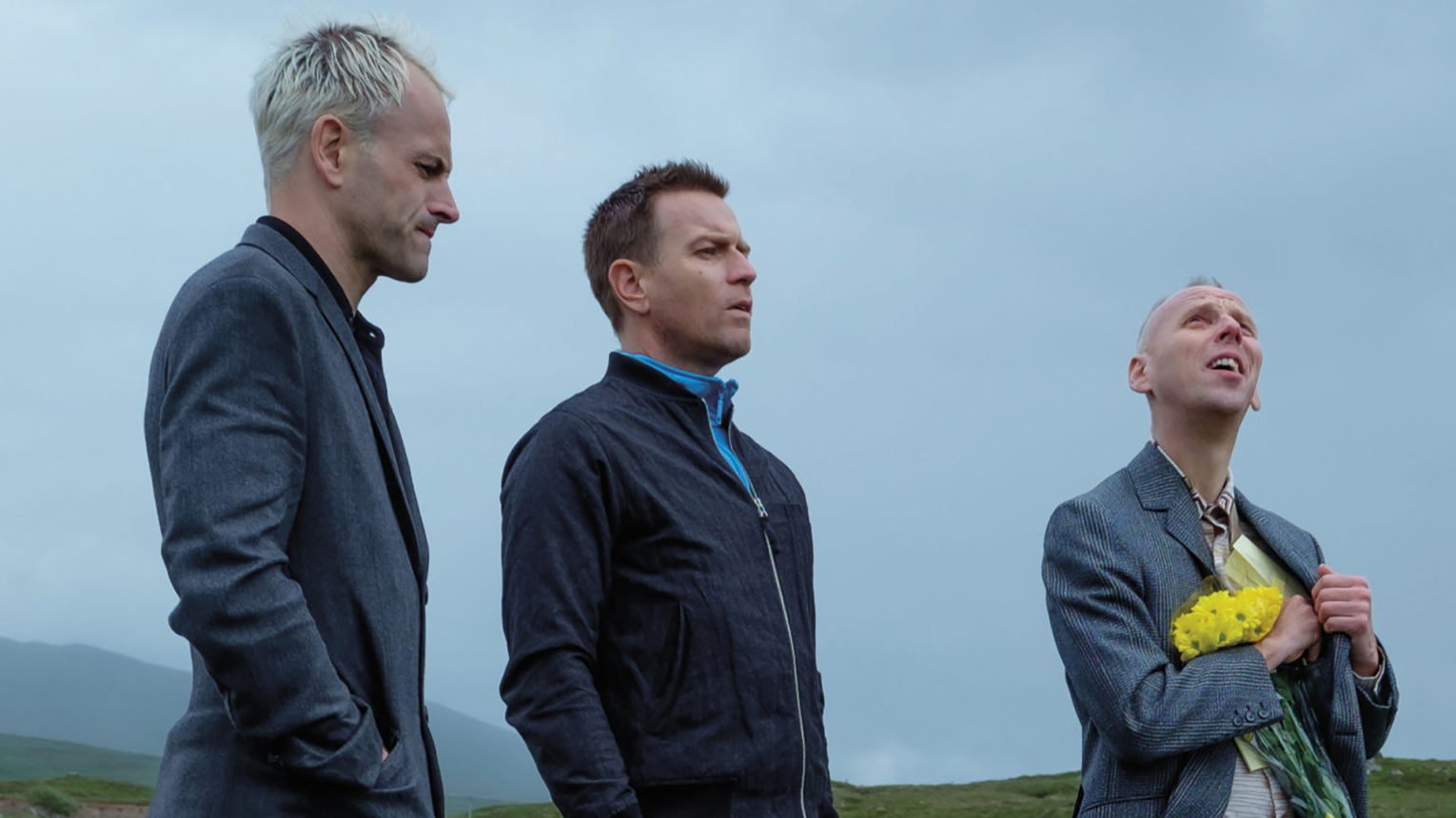 Were you pleased at how the Trainspotting sequel came out? It could so easily have gone disastrously wrong…

It was amazing to do that. You've got this human journey, you're part of each other's lives, even though you don't see each other very often, so to be brought back together again, and to have this common ground and common responsibility, is a lovely way to base a reunion. So, yeah, it was peculiar for us all walking away from it in the end. And you have to – that's part of the job, really.

Your Getty drama Trust was great, but perhaps didn't get quite the recognition it deserved. Did you feel that?

You can never assume anything. I thought it was superb work. I thought those actors were superb. Simon Beaufoy's writing in it was wonderful, but it didn't quite get the platform. I've no idea why. I can't work it out, and it's a shame. Some of those central performances were as good as any I've worked with.

After Yesterday, you briefly took on directing the next Bond film, but then quit. Do you have any regrets?

No. I mean, I'm sure we all made the right decision for all the right reasons really to part company. Obviously I wish Cary [Fukunaga, the replacement director] very well. I had a couple of text messages with him, and wished him all the best and all that kind of stuff. I'm sure he'll be great. I'm sure he'll do a great job.

Yesterday is released in cinemas on 28 June.