See How They Run | Picturehouse Recommends

It's a murder mystery with a witty sense of humour at its heart and the ensemble cast to pull it off.

After being credited with raising The mockumentary to an art form with BBC three's cult hit This Country, director Tom George heads for the big city – specifically, 1950s glamorous London theatreland, with his feature debut, See How They Run.

When Hollywood director (Adrien Brody) is murdered while planning the film adaptation of a very successful play in London, it's up to rookie Constable Stalker (Saoirse Ronan) and world-weary Inspector Stoppard (Sam Rockwell) to track down the killer. Stalker and Stoppard struggle to hit the ground running when they're handed the case, but Rockwell and Ronan are a buddy cop duo to remember. 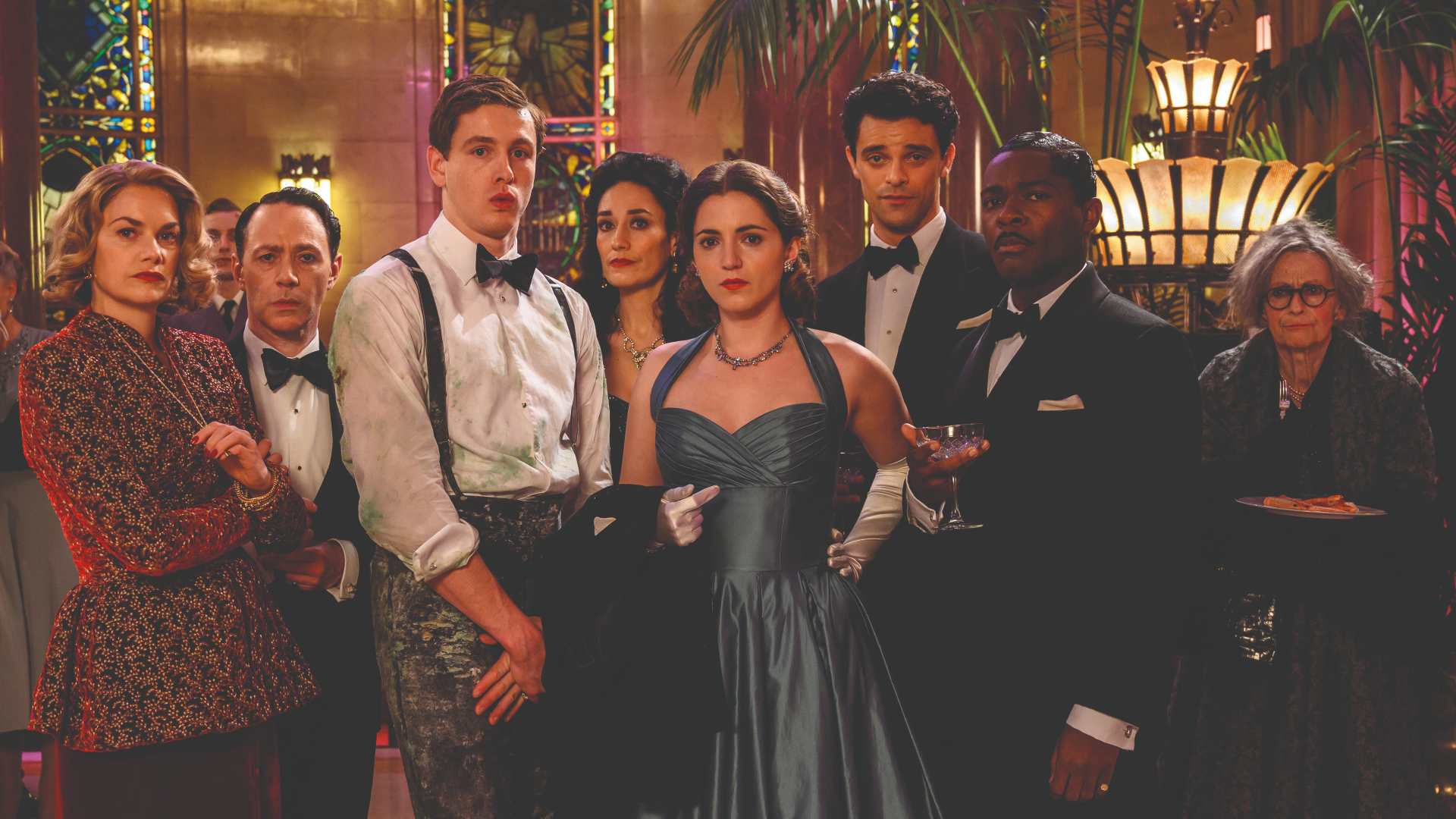 Ronan's energetic constable – full of nervous energy and ridiculous puns – perfectly complements Rockwell's downtrodden, Chaplin-esque mannerisms. As they untangle this puzzling whodunnit together, they ultimately realise that each has something to learn from the other, leading to a friendship at the film's core that grounds the larger-than-life characters that surround the mystery.

Ronan might be best known for delivering moving performances in period dramas such as Little Women and Brooklyn, but she's been refining her comedic chops since starring in Greta Gerwig's 2017 coming-of-age comedy Lady Bird.

In See How They Run Stalker is bright-eyed, naive and prone to making the kind of harmless yet cheesy jokes that dads tell, making their children groan with embarrassment. "Don't jump to conclusions!", she notes to herself repeatedly, before doing just that – much to Stoppard's despair and the bemusement of many wrongly accused suspects.

Leading this duo on a delightful chase through '50s West End are a whole host of suspects played by some of the UK's best film and TV talent. Ruth Wilson, David Oyelowo, Reece Shearsmith, Pippa Bennett-Warner and Fleabag's Sian Clifford revel in portraying an array of sophisticated yet ruthless producers and writers, wives and mistresses.

Look out for Alan Partridge's sidekick Tim Key as the bumbling Commissioner of the Met Police, and rising talent Harris Dickinson as a young, charming Richard Attenborough. This Country writer Charlie Cooper also stars as an usher, whose aptitude for physical comedy could see him leaving Kurtan and the Cotswolds behind him for good.

Bringing some LA glamour and debauchery is Adrien Brody's hard-drinking and womanising Leo Köpernick, who through use of flashbacks, gives more than a few people reason to leave him cold in the costume cupboard.

As the plot thickens, the detective duo tear through Soho, the camera panning meticulously to capture a heap of locations that Londoners will enjoy pointing out to fellow cinemagoers.

The snappy editing and the use of split screens are reminiscent of the best of Wes Anderson and the Coen Brothers. See it in the cinema, and don't spoil the ending once you find out who did dunnit.

We'll be hosting a Dog-Friendly screening at Picturehouse Central on Sunday 11 September.