Opera is no longer just for theatre aficionados: catch the best the Met Opera has to offer with these five Live HD opera performances.

Since its opening in 1883, the Metropolitan Opera has become a beacon of daring and exciting productions, full of inspiring imagery and iconic music, and their 2021-22 season is no exception.

Unsure where to start? With productions including the first opera by a Black composer to be performed at the Met Opera House, a retelling of a classic fairytale, and a modern adaptation of Shakespeare's work, there really is something for everyone this season. Best of all, you can experience all the glamour and class of the opera from the comfort of your local Picturehouse cinema.

Whether a long time opera-goer or a first-timer, read on below to see what Met Opera has to offer, from new discoveries to reimagined classics.

Fire Shut Up In My Bones

Jazz musician and composer Terence Blanchard's adaptation of Charles M. Blow's moving memoir comes to the Met Opera for the first time. Known for his frequent collaborations with Spike Lee, most recently on BlacKkKlansman and Da 5 Bloods, Blanchard's operatic work is no less cinematic - bringing his jazz and film background to an opera sensibility.

A welcome change from ancient royal courts and European aristocracy, Fire Shut Up In My Bones stages its heartfelt coming of age story in the suburbs of Louisiana in the 1970s. The story is brought to life by the expert hand of Kasi Lemmons (known for similarly confronting films Eve's Bayou and Harriet), and together Blanchard and Lemmons create a timely and unmissable opera that mediates on the loneliness of outsiders, the realities of life for Black youth in rural America, and how the experiences of our childhood shapes us.

Be a part of this milestone of Met Opera on 23 October Live in HD at Picturehouse cinemas. 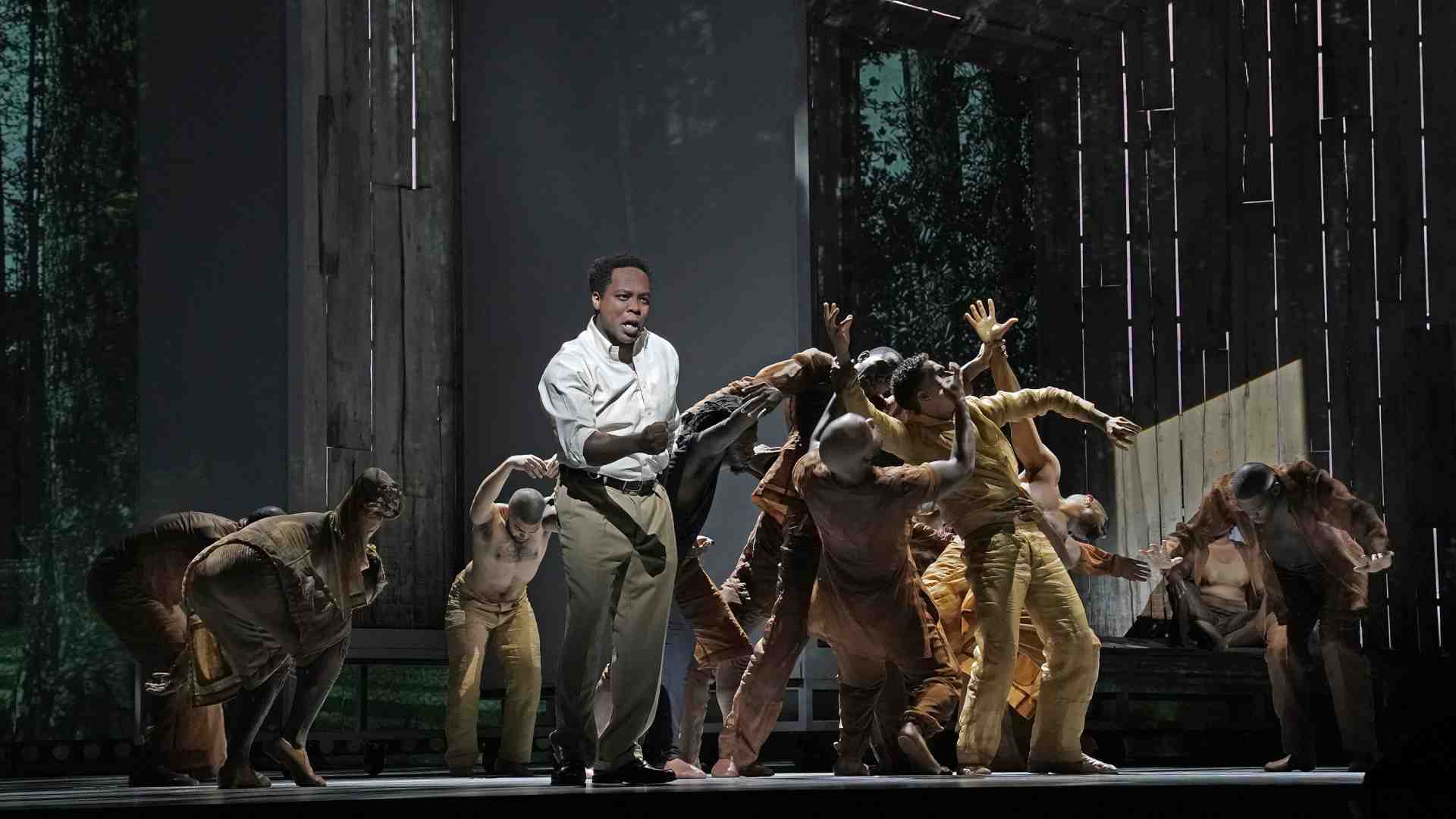 Put off by the length of operas? Then look no further than Laurent Pelly's storybook staging of Massenet's Cendrillon - better known in English as the fairytale of a girl whisked away to a ball by a fairy godmother. Abridged to 90 minutes, this special holiday presentation brings all the fun and beauty of the original production in a shorter format. From over-the-top costuming to storybook-inspired design, Cinderella promises fun for the whole family.

Still an opera through and through, Cinderella also proves an easy entry point for any newcomer. With its upbeat music and comedic acting, the original rags to riches story follows in the tradition of the more lighthearted operettas made famous by Gilbert & Sullivan. It also features a classic opera tradition of a female mezzo-soprano in the male lead, adding a level of subversiveness to this otherwise classic story.

Be swept away into a storybook tale on 1 January Live in HD at Picturehouse cinemas.

Looking for something more classic? Then Verdi's operatic masterpiece is the perfect choice. The tragic tale of a licentious Duke, his jester, and the jester's beautiful daughter who falls regretfully for the Duke, Rigoletto has been celebrated since its release for its uncompromising melodrama and unforgettable music. The Met Opera's reimagining of the 1851 classic moves it from 16th century Mantua to an abstract 1920s Europe. With the large stage ideal for such stagings of art deco set designs.

No one song defines the music of Rigoletto; its libretto indulges in epic highs and lows, but pieces such as 'La donna è mobile' and 'Caro nome' are bound to spark recognition even in those who have never seen the opera before.

Be thrilled by the drama of unrequited romance on 29 January Live in HD at Picturehouse Cinemas.

If you aren't content with the work of just one master, maybe try another: the genre-defying Turandot by Puccini. Based originally on the work of a 12th-century Persian poet, Turandot's fiery titular Princess may be more delightful to audiences now than ever before. Her ice queen demeanour is brought forth in the Met's extravagant staging and costume designs, and echoes through a succession of femme fatales on stage and screen.

Aware of the opera's imperialist origins, the Met does not shy away from these inherent aspects, creating an experience that plays on Puccini's exotifying tendencies rather than indulging them.

The Met's production also offers some of the best talent from the world of opera, including their reigning dramatic soprano, Anna Netrebko.

Experience the adventurous nature of opera on 7 May Live in HD at Picturehouse cinemas. 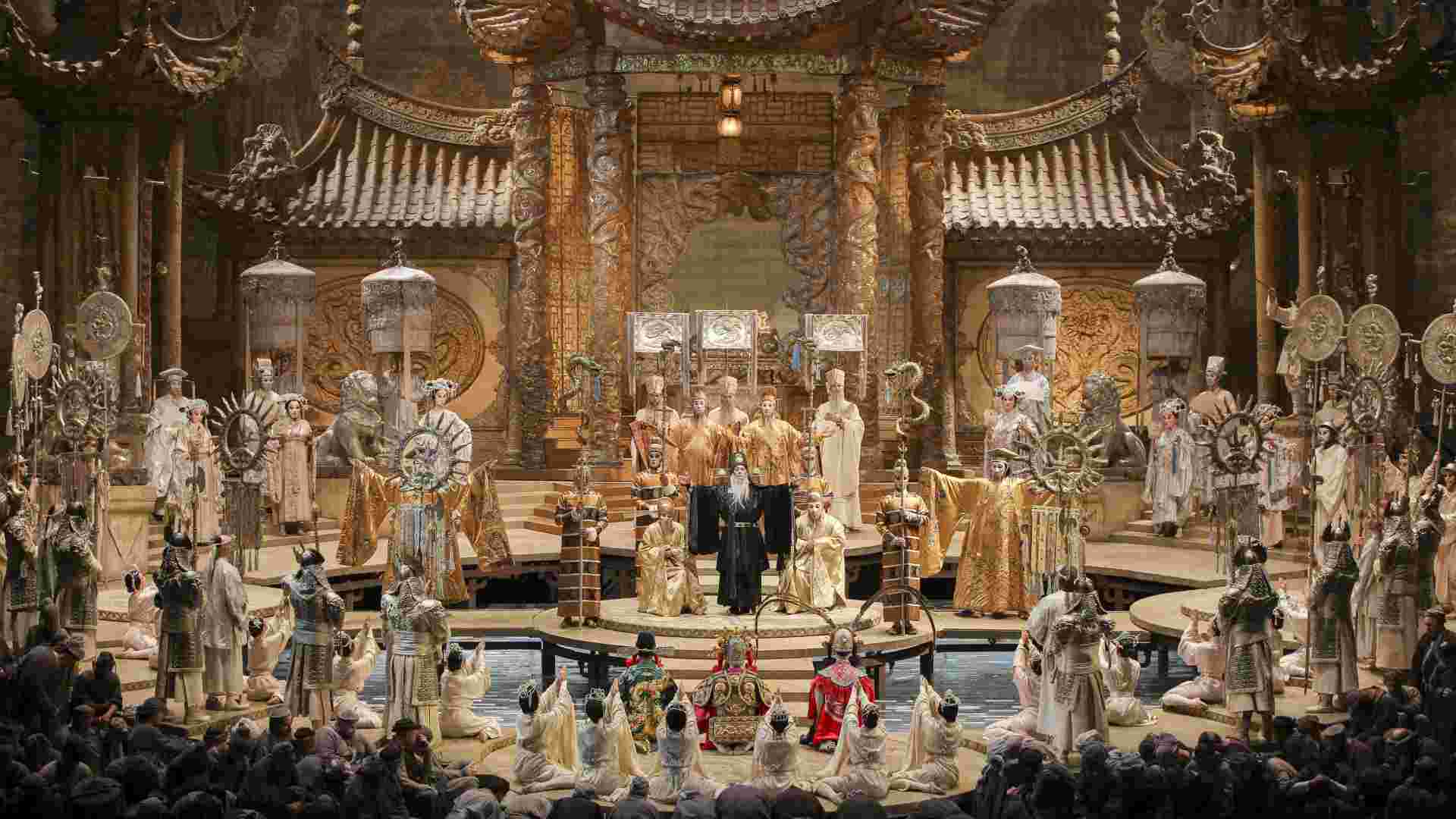 Want to watch two historic artforms combined into an artful and moving event? Then Brett Dean's arresting adaptation of Shakespeare's influential tragedy about a Prince burdened with ghostly revenge will prove an excellent find.

The Australian composer brings the British play to the American stage intact from its 2017 premiere, where The Guardian definitively stated 'New opera doesn't often get to sound this good'. Dean's Hamlet lends a haunting edge to its music, with set and costume designs that recall both the highly artificial face makeup of Victorian productions and the minimalist scenery of modern productions that allows the singers to be the real focus.

All these multiple influences tie into a production that perfectly captures the future of opera. Hamlet reaches both backwards and forwards, and marks a fitting end to a season of new and old, classic and avant garde, diverse and wide-ranging operas streamed Live in HD from the Metropolitan Opera.

Be there for the finale on 4 June Live in HD at Picturehouse cinemas.

Check out our red carpet interviews and what the public had to say about the comedy of the year!

Buy or renew your membership during our Black Friday promotion and you will save 40% on the Membership price. The sale ends on Monday 29 November!

Reggie Yates is the English writer/director of Pirates, a laugh-out-loud comedy set in London about three teenage friends trying to get into an exclusive party on New Year's Eve, 1999.

As much a powerful and affecting social drama as it is an uplifting sporting movie.

To celebrate James Bond Day, we've teamed up with our friends at Universal Pictures UK to offer you the chance to win one of 100 exclusive posters! All you have to do is see No Time To Die no later than Tuesday 30 November.