In this exclusive interview, she talks astronaut training and her fear of heights…

With her piercing green eyes, black hair and statuesque physique, French actress Eva Green could be a superior being from another planet. In reality, she is simply a really great human. Daughter of celebrated French actress Marlène Jobert, Green quickly made a name for herself, first on the stage then on the big screen, starting with her film debut in Bernardo Bertolucci's The Dreamers in 2003. 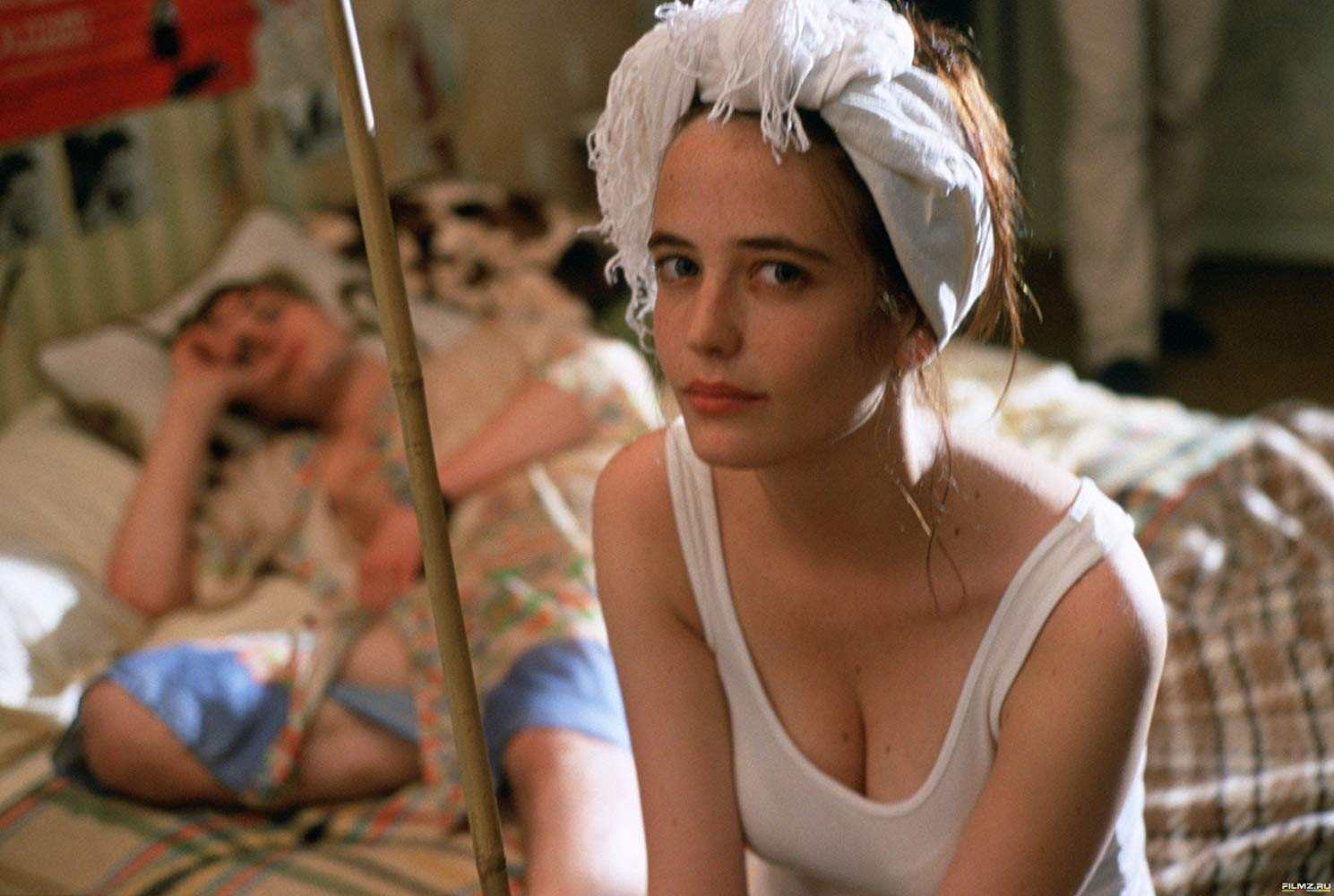 Her eclectic and international career since then has established her as a world-renowned femme fatale, playing Bond girl Vesper Lynd in Casino Royale (2006) and the titular dame in Sin City: A Dame To Kill For (2014), but her otherworldly looks have also seen her go through the looking glass and into the world of fantasy. Few actors can appear so convincingly witch-like or magical, as Tim Burton has demonstrated in no fewer than three films with Green: she played a vengeful witch in Dark Shadows (2012); the leading shapeshifting lady in Miss Peregrine's Home For Peculiar Children (2016); and a beguiling trapeze artist in Dumbo (2019).

It's a shift of gears for her performance in Proxima, in which she plays Sarah, a French astronaut about to fulfil her dream of going to space. In her case, leaving the planet for a year also means leaving her young daughter, Stella. Through the story of this mother, French writer-director Alice Winocour explores the dark side of space travel – not the awesome discoveries yet to be made among the stars, but the life, people and things that astronauts, in their exploration of the unknown, leave behind. The violence of pulling away from the Earth's gravitational pull finds an eerie echo in Sarah's trauma at tearing away from her child, but the raw power of the space rocket is also mirrored in this mother's drive and in her determination not to let guilt get the better of her.

What first attracted you to this project?

Eva: It was mostly the very powerful love story between a mother and her daughter, which really moved me when I read the script. I also loved the character of Sarah, who is torn between her passion as an astronaut and her love for her daughter. And of course, the idea of playing an astronaut was always kind of a fantasy.

Did you always dream of going to space?

Eva: I really loved the fact that it was taking place in the world of astronauts, which is a universe I didn't know at all. I knew this film would give me an opportunity to discover it, but regarding space travel, I am someone who suffers from vertigo in everyday life, so it isn't something I seek out! Actually, this film really gave me the opportunity to realise just how brave astronauts are. They are like superheroes: they're ready to sacrifice themselves for science, they go beyond their own limits, they have incredible physical and intellectual abilities.

You mention the idea of sacrifice. It is at the centre of the film, with Sarah trying not to sacrifice her daughter for her passion, and vice versa.

Eva: I think the story echoes the reality of many women. I don't know if the film gives an answer on how to do it all, but its message is definitely one that seeks to encourage women to pursue their dreams, even if it means going up against conventions and societal expectations. Being an astronaut and having children at the same time are very hard things to conciliate; you need very strong support from your family. The burden of guilt is very present in the film, and I'm sure men experience it too, but there's something almost animal and primal about it for women. It's hard not to be worried all the time.

Were you already familiar with the films of Alice Winocour?

Eva: I had seen Augustine (2012) at the cinema. I remember being very surprised because although it was a feature debut, it was very powerful. I had also seen Disorder (2015) and I liked what she was doing. You could tell she was somebody who was interested in extreme situations and who liked to explore rather complex characters. Once I read the script, I didn't hesitate one second to become part of this adventure.

The film has a very international cast and you were filming in real training facilities in very remote places, and therefore all had to stay together for long periods of time. How was that?

Eva: It was great. When we go to places that are quite far away like this, the whole team gets closer together. We all support each other, it creates a very warm and welcoming atmosphere. I really loved it, especially going to Kazakhstan. It's one of the joys of being a cinema actor, you get the opportunity to travel far away and to discover places that are a bit forbidden or hidden. It really was quite magical.

Your character, Sarah, is put through intense physical training in the film. What was the most difficult part of the shoot for you?

Eva: I couldn't go on any of the machines that spin you around – that is a real phobia. So I didn't go in the centrifuge, but I had a few training sessions with real trainers from the Russian training station, and that was very, very hard because I knew nothing at all about any of it, so they were getting a little mad at me! Otherwise, I was always in a state of great admiration. In Cologne, the astronauts and trainers explained to us some of the manoeuvres they do, and I'm not someone who is good at thinking logically or mathematically like this at all. I don't know how they do it. They're very strong physically and they have the mental strength of warriors.

How did it feel to meet and work with real astronauts?

Eva: I had the chance to meet Samantha Cristoforetti, Thomas Pesquet, Luca Parmitano… It was a real honour to be with them and to talk with them a little. It makes you realise just how passionate they are.

Have you seen the film with an audience?

Eva: I saw the ending at the festival in San Sebastián – I don't like to see myself on screen – and the public was so generous. Maybe it was a Spanish thing, but it was incredibly emotional. When we left the theatre, people were screaming like we were rock stars! Zélie (Boulant-Lemesle, who plays Sarah's daughter Stella) and Alice (Winocour) were with me, and it was very powerful. I had never experienced this at a screening before. It was very moving.

How did you work with Zélie Boulant-Lemesle to create the relationship between Sarah and her daughter?

Eva: We had some rehearsals with Alice early on, before shooting. It's always a luxury to have rehearsals, even with adult actors. Arriving on the first day without having really met or discussed things with the others never feels comfortable. Here, getting to know Zélie was really helpful, especially since we played a mother and a daughter and therefore really had to make that relationship believable. We are both rather shy, so it was good that we had this time to get used to each other. We played games together, we rehearsed some scenes... Alice is a perfectionist, she is very demanding in a good way and very sensitive. It's always great to work with people like her who want to help you deliver your best work.

Alice films the bodies of all the astronauts, but especially yours, as vulnerable envelopes that are pushed to their limit by the training.

Eva: What's really interesting as well is the wound Sarah has in the film, on her leg. It is there in parallel with her psychological pain, and it shows that the body is extremely precious. If her body isn't 100% healthy, she may not be able to leave for the mission. The moments when we see flesh and bodies show the vulnerable side of people, their human shell. When you see that, then you see me in the spacesuit… Alice often says that astronauts are like mutants, that it's as if they are in transition between the human and the machine, stretching their limits.

Beth Webb talks about Shola Amoo's The Last Tree which is out in cinemas Fri 27 Sep.

Podcast | The Farewell with Lulu Wang

Sarah Cook meets with writer-director Lulu Wang to talk about her new film The Farewell.

At Picturehouse, our team are driving on with our new menu development, working with fresh ingredients to deliver delicious and exciting new dishes.

Are you aged between 16-25? Be the first to see Misbehaviour on Thursday 12 March