Competition | Win A Once Upon A Time...In Hollywood Collectors Edition

This competition is now closed

We've got some pretty spectacular goodies to give away to celebrate the release of Once Upon A Time...In Hollywood to download & keep and own on 4K Ultra HD™, Blu-ray™ and DVD.

Leonardo DiCaprio and Brad Pitt give "explosively funny and emotionally complex performances" as actor Rick Dalton and his longtime friend and stuntman Cliff Booth, alongside Margot Robbie as Sharon Tate in the blockbuster ninth film from writer and director Quentin Tarantino. The story visits 1969 Los Angeles, where everything is changing, as TV star Rick Dalton (DiCaprio) and his longtime stunt double Cliff Booth (Pitt) make their way around an industry they hardly recognize anymore. A favourite of fans and critics alike

Once Upon A Time…In Hollywood is out now to download & keep and own on 4K Ultra HD™, Blu-ray™ and DVD

First prize is a Limited Edition 4K Ultra HD™ Collector's Edition (exclusive to HMV RRP £50). This is sure to make any Tarantino fan's holiday wish list! This premium collectable contains a 7" vinyl record with two of the soundtrack's grooviest tunes (complete with a turntable adapter), a collectable vintage poster for the Rick Daton Operazione Dyn-o-mite! and an exclusive new MAD Magazine parody of the Rick Dalton TV series "Bounty Law," Lousy Law. The Collector's Edition is available to order today exclusively from HMV.
There will be two runners up, who will each win Limited Edition 4K Ultra HD™ + Blu-ray Steel Book (exclusive to HMV RRP £30). 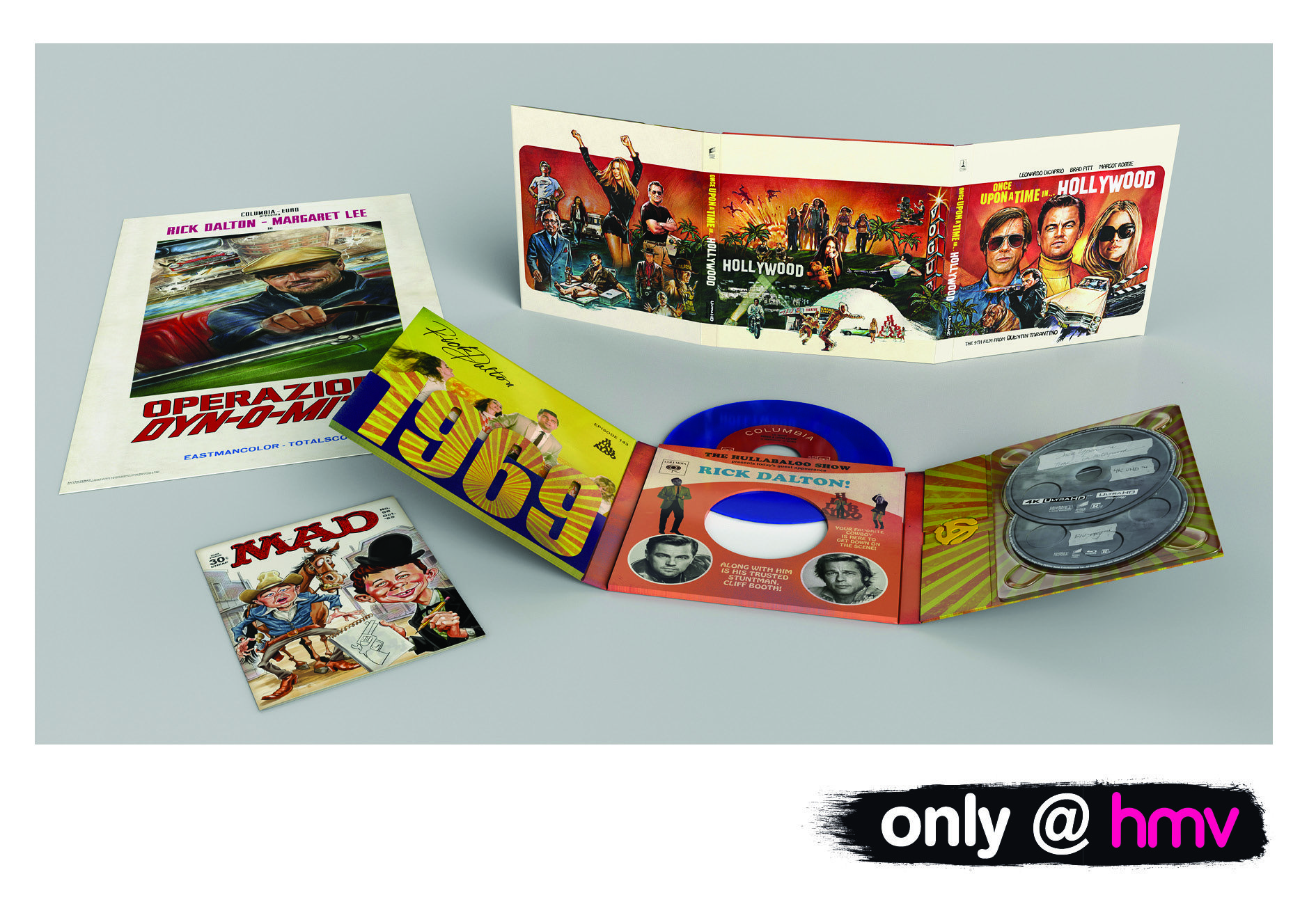 Answer the question below to be in with a chance of winning.