Bored by the daily tedium of her office job, Kate (Ruth Wilson) is sleepwalking through life when a chance sexual encounter with a charismatic stranger (Tom Burke) awakens her. High on infatuation and the exhilaration of this new relationship, she finds herself inexplicably drawn to this mysterious new man. Hoping he will provide the escape she so desperately desires, she embarks on an emotionally dangerous journey that slowly begins to consume her. Adapted from Deborah Kay Davies's acclaimed novel 'True Things About Me', Harry Wootliff's new film is an intense and absorbing psychological drama. 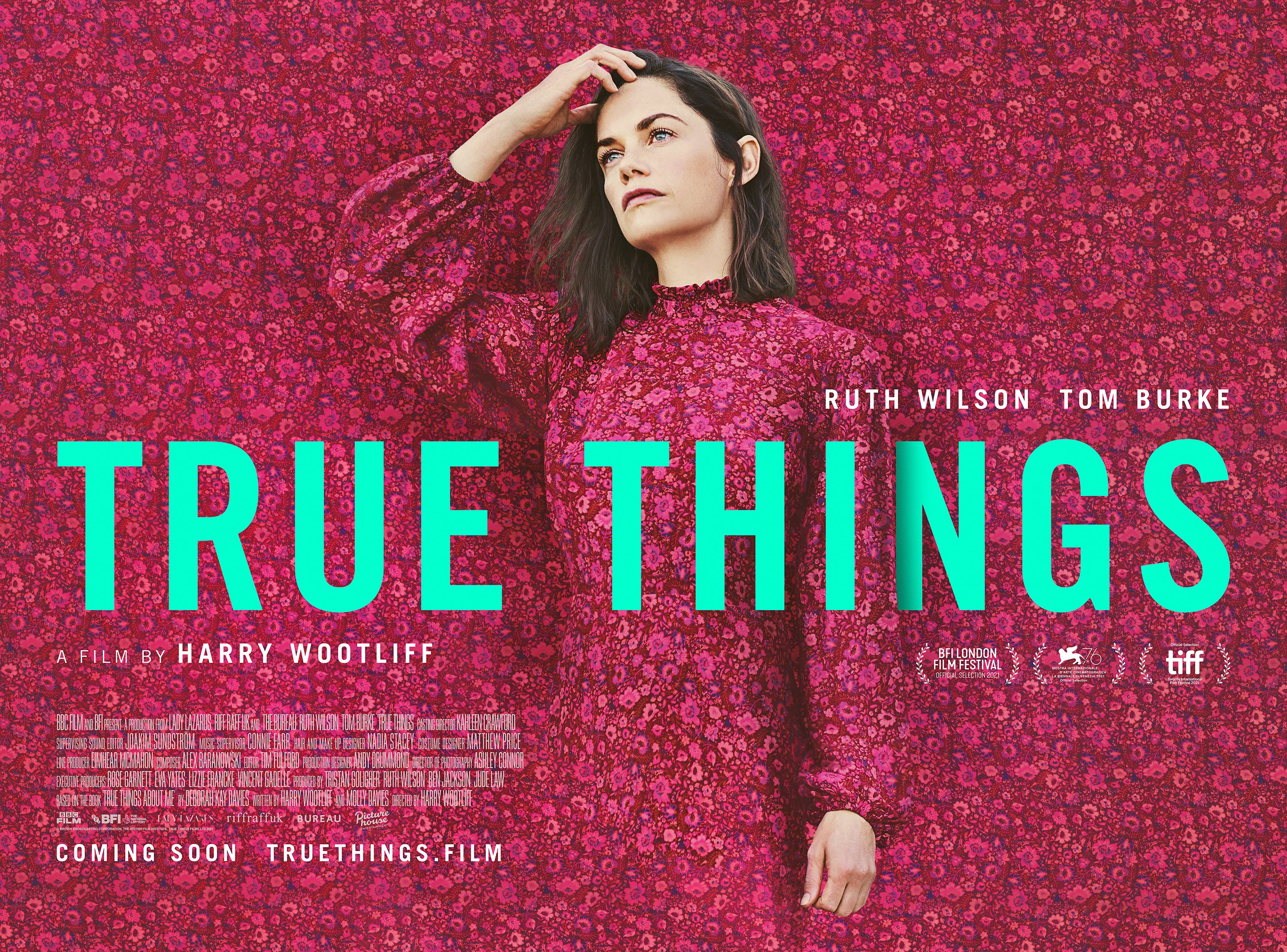