We're excited to share the new artwork and trailer for The Souvenir Part II, Joanna Hogg's spectacular semi-autobiographical portrait of the artist as a young woman. in cinemas on Friday 04 February.

In the aftermath of her tumultuous relationship with a charismatic and manipulative older man, Julie (Honor Swinton Byrne) begins to untangle her fraught love for him in making her graduation film, sorting fact from his elaborately constructed fiction. Joanna Hogg's shimmering story of first love and a young woman's formative years, The Souvenir Part II is a portrait of the artist that transcends the halting particulars of everyday life - a singular, alchemic mix of memoir and fantasy. With an outstanding cast that also includes Richard Ayoade, Charlie Heaton, Joe Alwyn and Tilda Swinton, the critically acclaimed sequel to The Souvenir is a truly unmissable cinematic event. 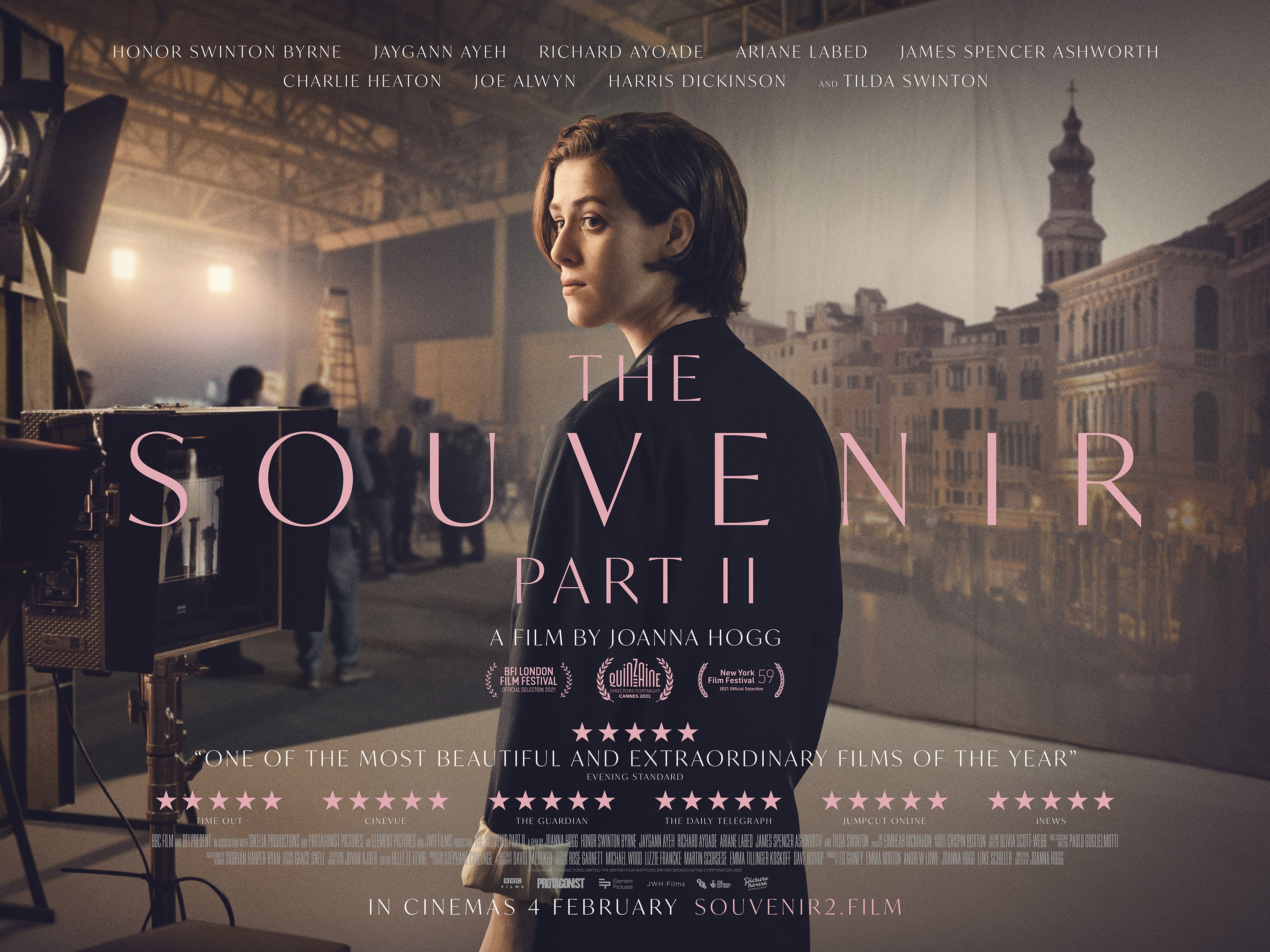