We are proud to present the new UK trailer and poster for Never Gonna Snow Again, in UK cinemas from 15 October.

When a mysterious stranger arrives in a gated community on the outskirts of a large Polish city, he is welcomed by the wealthy residents who embrace his talents as a masseur. Though his hands provide healing, his eyes seem to penetrate their very souls, lifting a disquiet in each of their lives. Zhenia (Alec Utgoff) possesses a magical gift and to the residents his Russian accent also sounds like a song from the past, a peaceful melody from their childhood when the world was a safer place. And though his hypnotic techniques bring calm his background remains a mystery, leaving the residents to wonder what other secrets he holds. Featuring a hypnotic lead performance from Utgoff, this striking new film from Małgorzata Szumowska and her longtime collaborator Michał Englert is wondrous, compelling and uplifting. 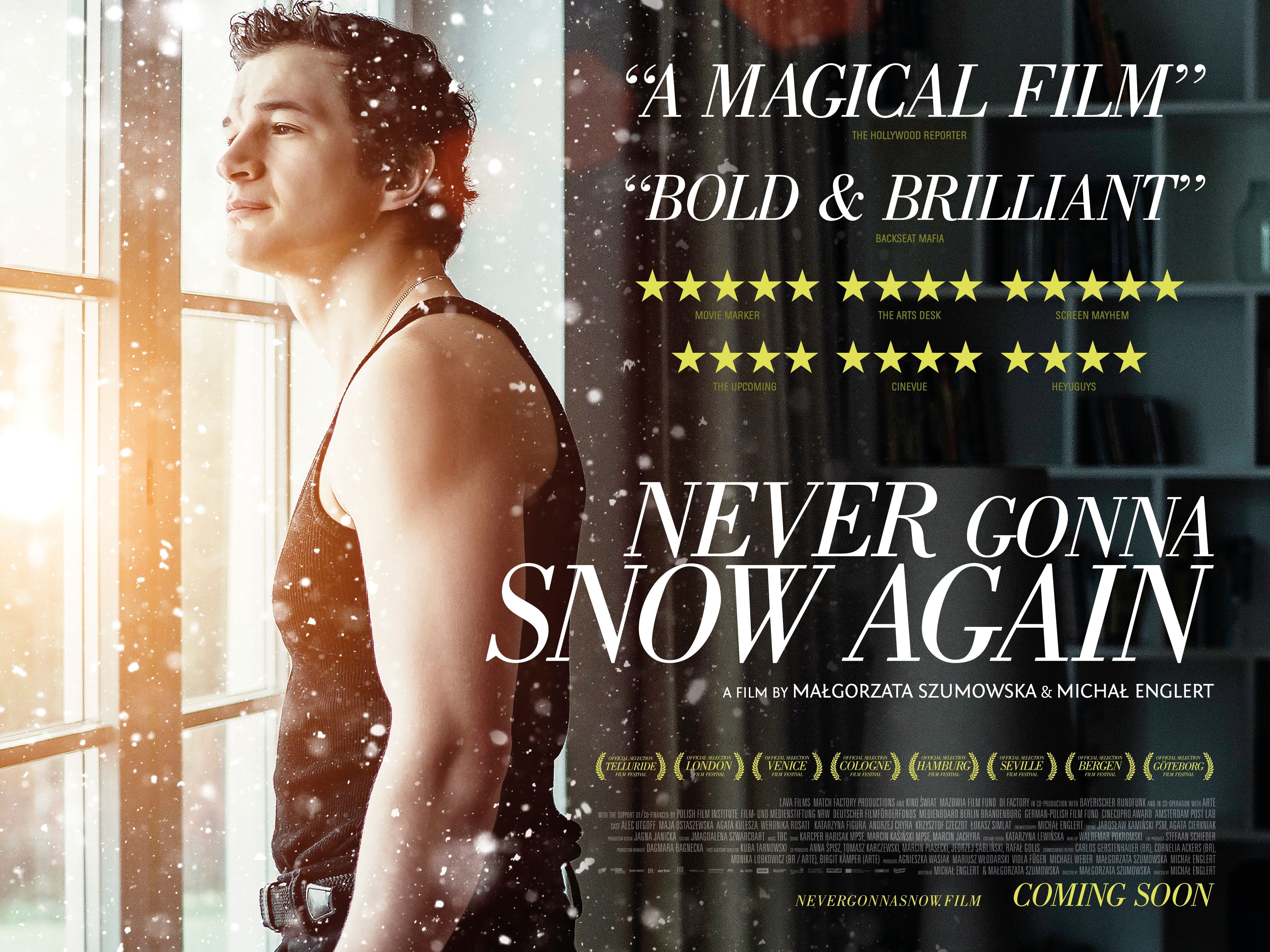