We are excited to announce the release of the UK film trailer and poster of Phyllida Lloyd's uplifting and female-driven drama Herself.

Herself will have its UK premiere at the London Film Festival on 8 October 2020 and is coming soon to UK and Irish Cinemas.

The film received its world premiere to critical acclaim at this year's Sundance Film Festival. Herself is directed by Phyllida Lloyd (The Iron Lady, Mamma Mia!) and co-written by Clare Dunne who also stars in the film in what is her feature debut, alongside Harriet Walter (Killing Eve, Succession).

Herself follows the story of Sandra (Clare Dunne), who on the surface of it, is a young Mum struggling to provide her two young daughters with a warm, safe, happy home to grow up in. Beneath the surface, Sandra has a steely determination to change their lives for the better and when it becomes clear that there are no other options left to her, she decides to build it herself from scratch, drawing together a community of friends to support her. Supporting cast includes Conleth Hill (Game of Thrones), Cathy Belton (Philomena) and Harriet Walter (Killing Eve, The Crown). 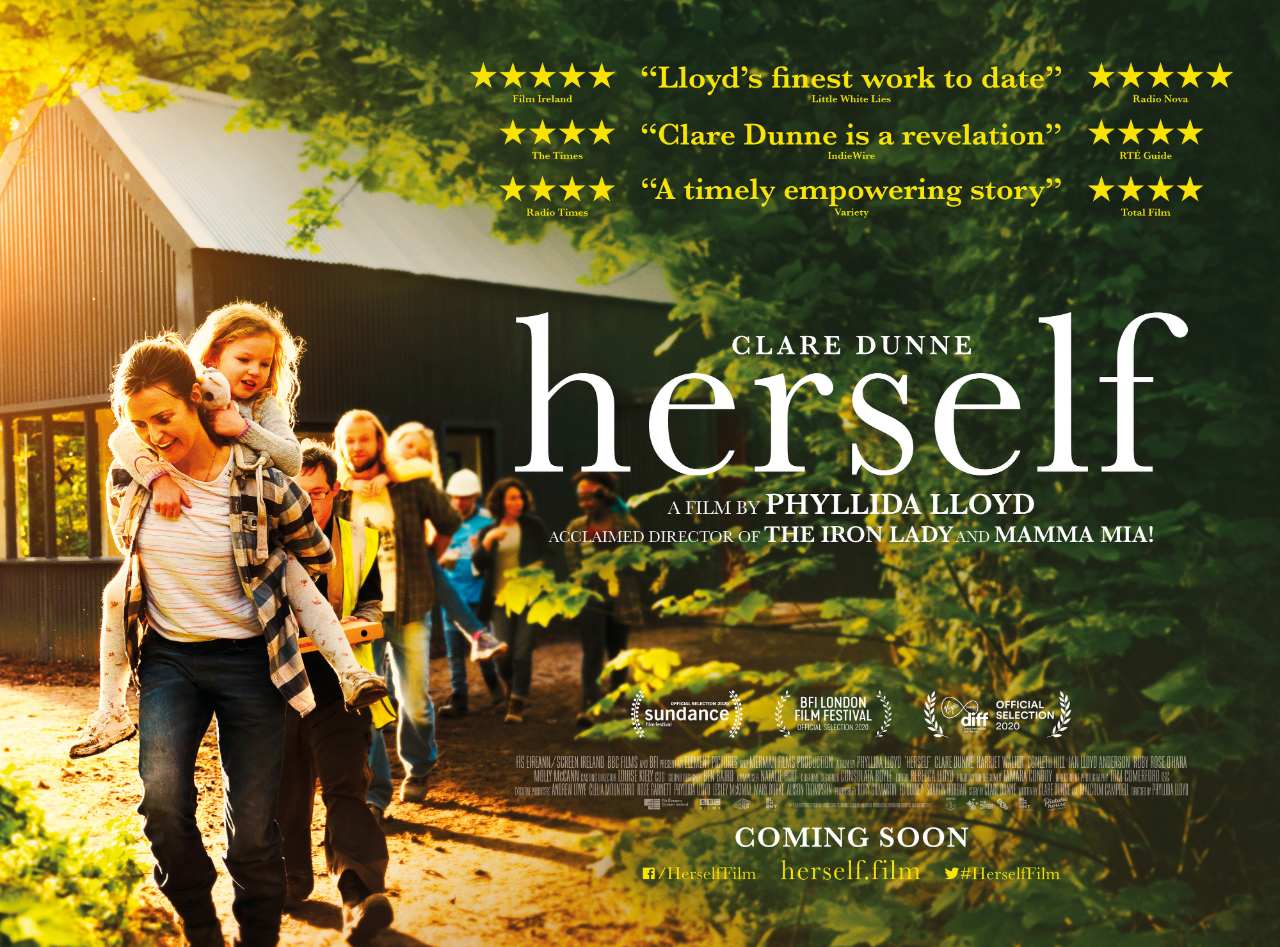