Picturehouse Entertainment Acquisitions Manager Paul Ridd reports back on some of the highlights of this year’s edition of the Sundance Film Festival.

Taking place under starkly different circumstances from the 2020 edition, this year's slightly pared down Sundance Film Festival nonetheless made an inventive and innovative temporary transition to online (plus select drive-in screenings across the US). Showcasing a programme of 70+ films, as well as shorts programmes, VR and experimenta to an international audience, the festival moved to an accessible and easy to use digital platform.

Across six days of packed programming, the festival managed to maintain the quality and excitement of the in-person event, even as warm filmmaker introductions, fascinating Q&As and a host of panel events made one pine for the real life thrill of experiencing it all in person in the mountains of Utah, and crucially with audiences and on mammoth screens with good sound. Alongside sampling some of the very best events and shorts programmes in the festival's virtual spaces, the Picturehouse team covered a total of 55 feature films, delving deep into a typically diverse range of the most exciting narrative and documentary films from around the world. The following were just some of the highlights. 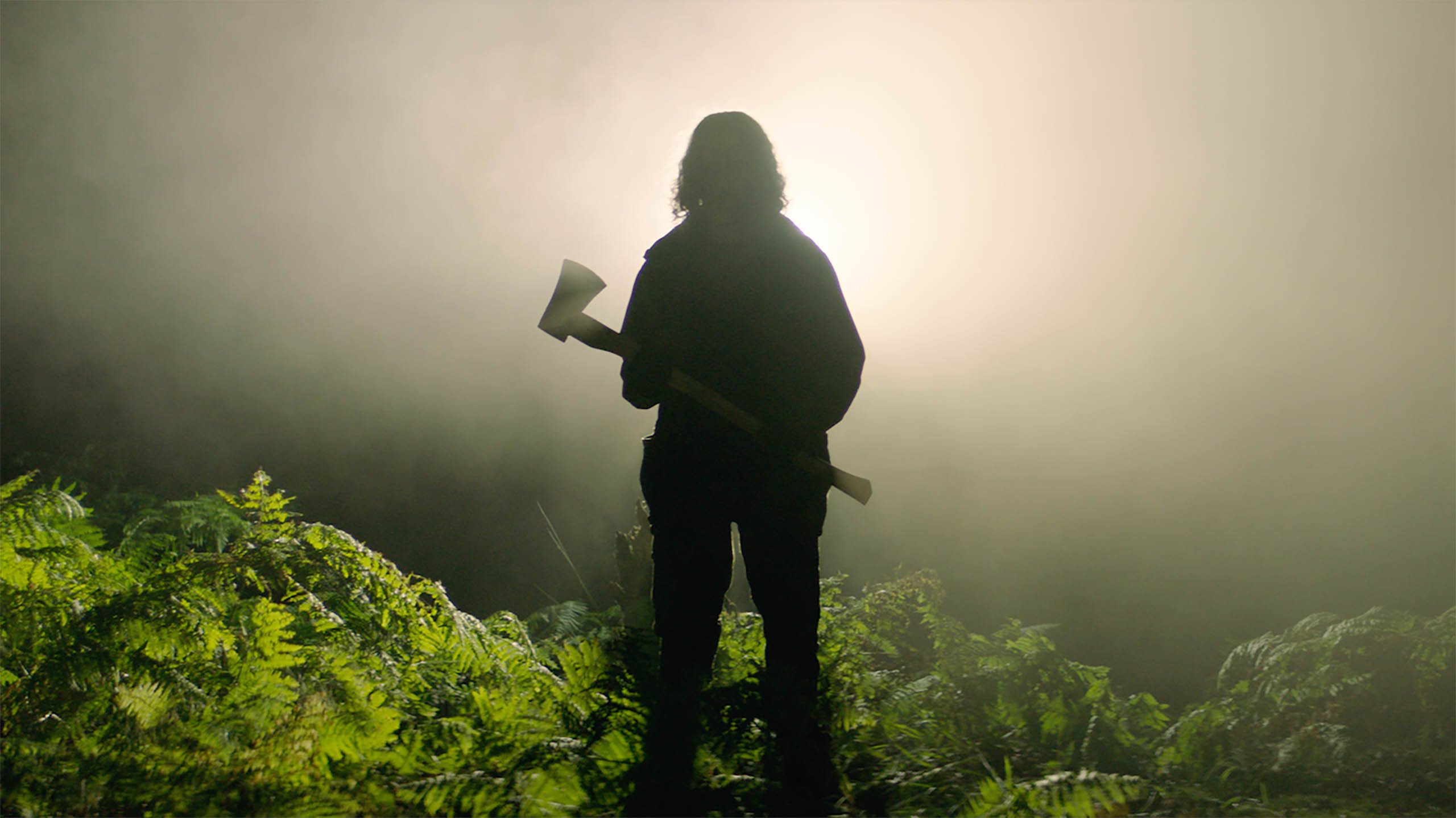 UK filmmakers made an impression with distinctive and different work across various genres and styles, including veterans Ben Wheatley and Edgar Wright and newcomers like Welsh director Prano Bailey Bond. Wheatley made hugely inventive use of production restrictions to deliver something brilliantly atmospheric, nightmarish and weirdly beautiful with his darkly comic, lockdown-shot rural horror film IN THE EARTH. Wright tried his hand at documentary feature making for the first time with an assured, funny and immersive look at indie music icons Sparks with his breathlessly entertaining film THE SPARKS BROTHERS. Bond meanwhile dazzled the Midnight crowd with her melancholic and unnerving psychological horror film CENSOR, about a disturbed film censor in the 1980s grappling with the slow unraveling of her damaged psyche and descent into violent movie-fuelled madness.

Alongside CENSOR, two other striking and very different debuts explored an intense female subjectivity and trauma. In Ninja Thyberg's unflinching drama PLEASURE a young Swedish woman enters the world of LA pornography in hope of becoming the next big star. Eschewing trite hand-wringing or moralising, Thyberg's kinetically directed and evocative film integrates the worlds and visual cues of hardcore in order to explore an all too familiar story of showbiz sleaze and ruthlessness, even whilst its refreshingly feminist angle on the subject feels new, punkish and different. Ex-Disney child star turned director Carlson Young meanwhile drew on a very different set of cinematic worlds and influences with her haunting, surreal puzzle piece THE BLAZING WORLD about a young woman entering into a bizarre dream world in order to process a tragedy from her past. An eclectic and affecting mix of Lynchian ideas, Tarsem-infused visuals and 90s teen TV kitsch aesthetics, THE BLAZING WORLD feels destined for midnight movie cultdom. 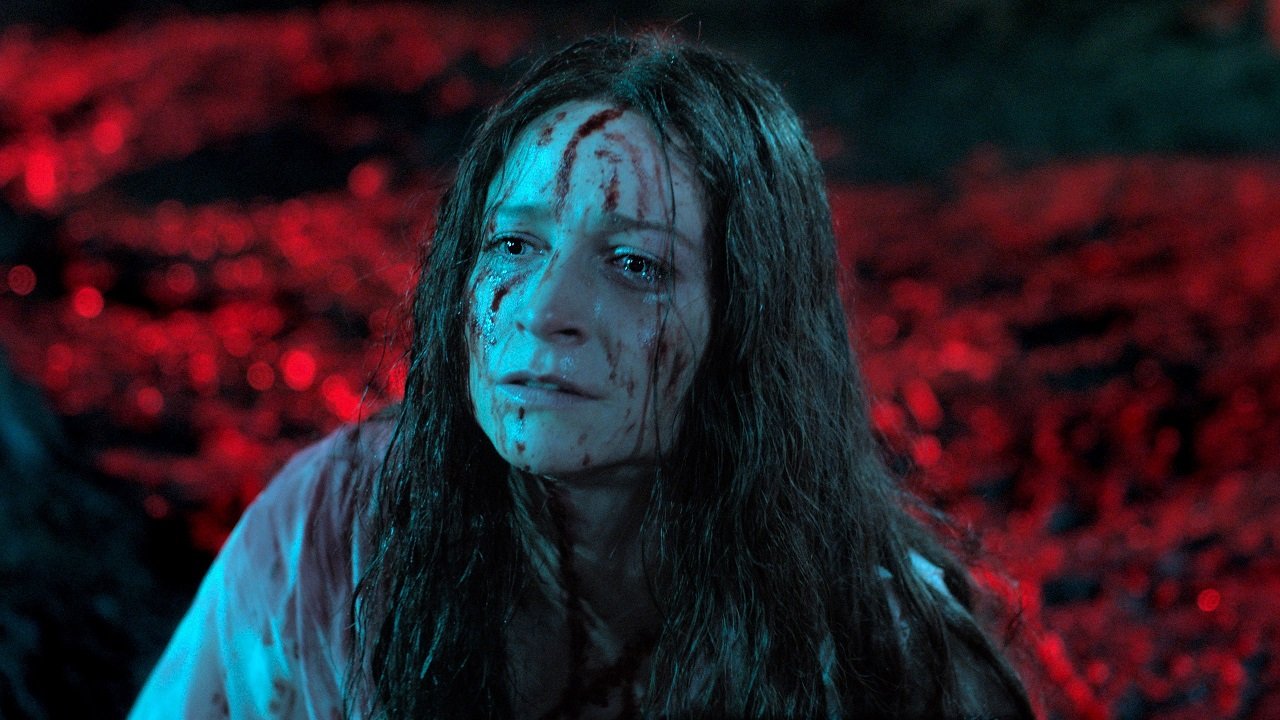 The festival also hosted its fair share of more traditional, prestige dramas which nevertheless stood out for their formal assurance, excellent performances and empathy. In Clint Bentley's beautifully shot debut feature JOCKEY, seasoned character actor Clifton Collins Jr delivers a bravura lead performance as an ageing jockey dealing with the arrival of a young man claiming to be his son and an injury that could be the end of his career on the racetrack. Shades of THE WRESTLER (2008) as well as the low key realist style of Chloé Zhao's THE RIDER (2017) can be seen in this elegiac and moving character study, its exquisite, magic hour-lit widescreen visuals crying out to be seen on a cinema screen.

But arguably the weightiest, most moving acting showcase of the festival came in the form of Fran Kranz's debut MASS, a powerful chamber drama set across one afternoon in the backroom of a smalltown church. Played out almost in real time, MASS sees the families of a school shooting victim and perpetrator coming together to speak, in the hope of arriving at some sort of closure and reconciliation. Unpredictable, impeccably performed and stylishly filmed in various styles and aspect ratios, MASS was arguably the most European US indie of the festival, feeling clearly indebted to the coldly unsentimental and stark theatricality of some of Lars Von Trier and Michael Haneke's best moral thrillers, as well as their visual panache. The film also found its interesting parallel in the World Cinema strand with Ronny Trocker's elegant puzzle piece HUMAN FACTORS, another movie deeply indebted to austere European Art House and similarly concerned with dissecting perverse and contradictory dynamics within the family, but on its own path to altogether more ambiguous conclusions. 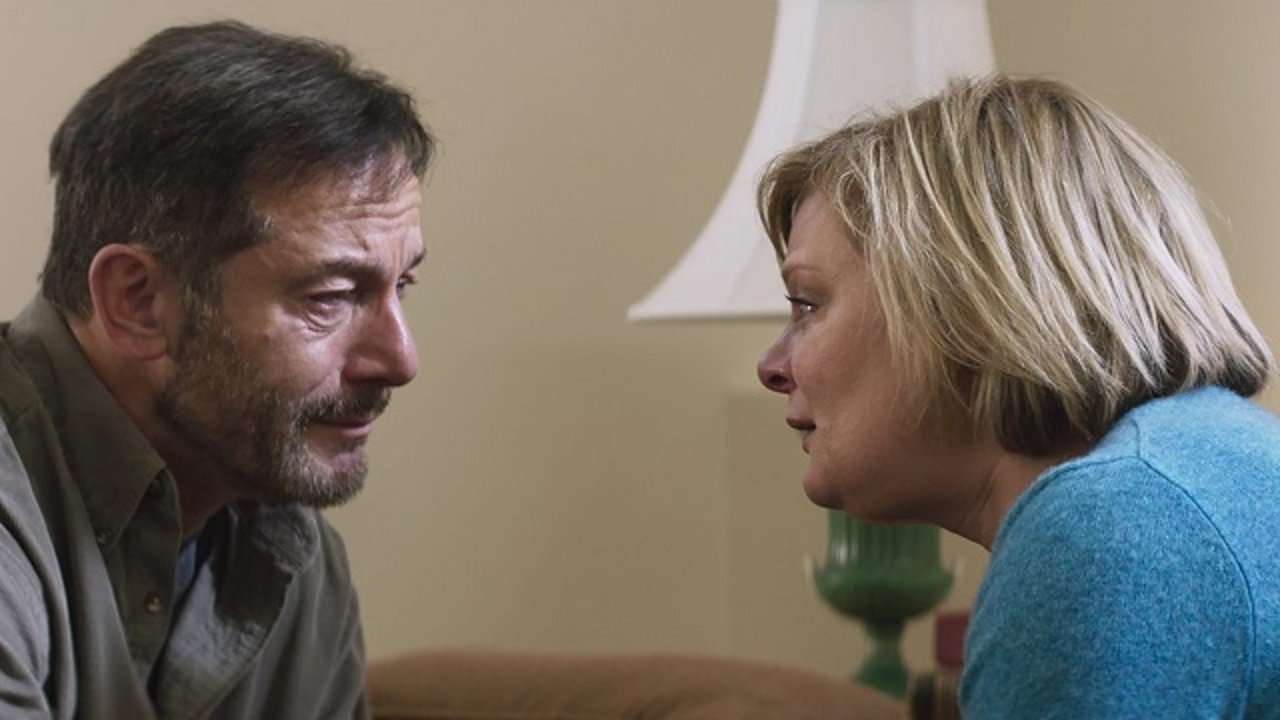 In lighter, more feelgood mode was festival sensation CODA, a beautifully made crowdpleaser from Sian Heder, director of previous Sundance hit and Sundance London 2016 opener TALULLAH. A remake of the French hit LA FAMILLE BELIERE (2014), CODA stars Emilia Jones as Ruby, the sole hearing member of a loving family of deaf fishermen, who harbours dreams of becoming a professional singer. Remarkably raw and honest and seamlessly integrating signing into the story, CODA flew the flag for the kind of accessible and heartwarming indies the festival is renowned for, whilst bringing a healthy diversity to the kinds of stories told in that form. 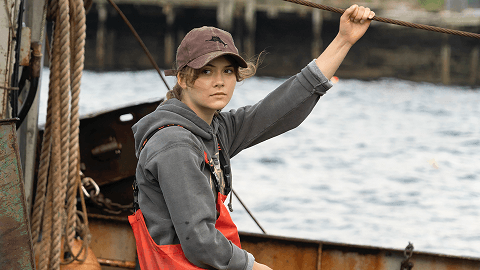 Another small scale crowdpleaser was to be found in Nicole Beckwith's light comedy TOGETHER TOGETHER, a surprisingly affecting film about a surrogate mother, her pregnancy and her platonic relationship with the expectant dad. A down to earth and unexpectedly moving film in assuredly conventional US indie mode, TOGETHER TOGETHER employs a deft lightness of touch to handle some weighty themes. But for that classic Sundance low budget, generically slippery and invigoratingly inventive comedy slot, jet black farce FIRST DATE from directing duo Manuel Crosby and Darren Knapp was arguably the funniest, most unconventional breakout. A showcase for its large cast of relative unknowns and the ballsy agility of the writing and direction, FIRST DATE's crime caper plot moves at ferocious, delirious pace, delivering witty and violent entertainment of the highest order.

Alongside Edgar Wright's THE SPARKS BROTHERS, another excellent musical documentary transported audiences back in time, immersing them vividly and completely in a musical world. Musician Questlove's stirring film about the iconic Harlem Cultural Festival of 1969 SUMMER OF SOUL combines a fantastic selection of archive footage, newsreel, modern interviews and commentary to explore the many R&B legends, icons of civil rights and ordinary people who performed, spoke or were simply present for this incredible event. Practically demanding to be seen on a big screen and enjoyed collectively, this joyous film was one of the most invigorating experiences of the festival, but remained unafraid to confront the harsh historical realities and context around the original concert. 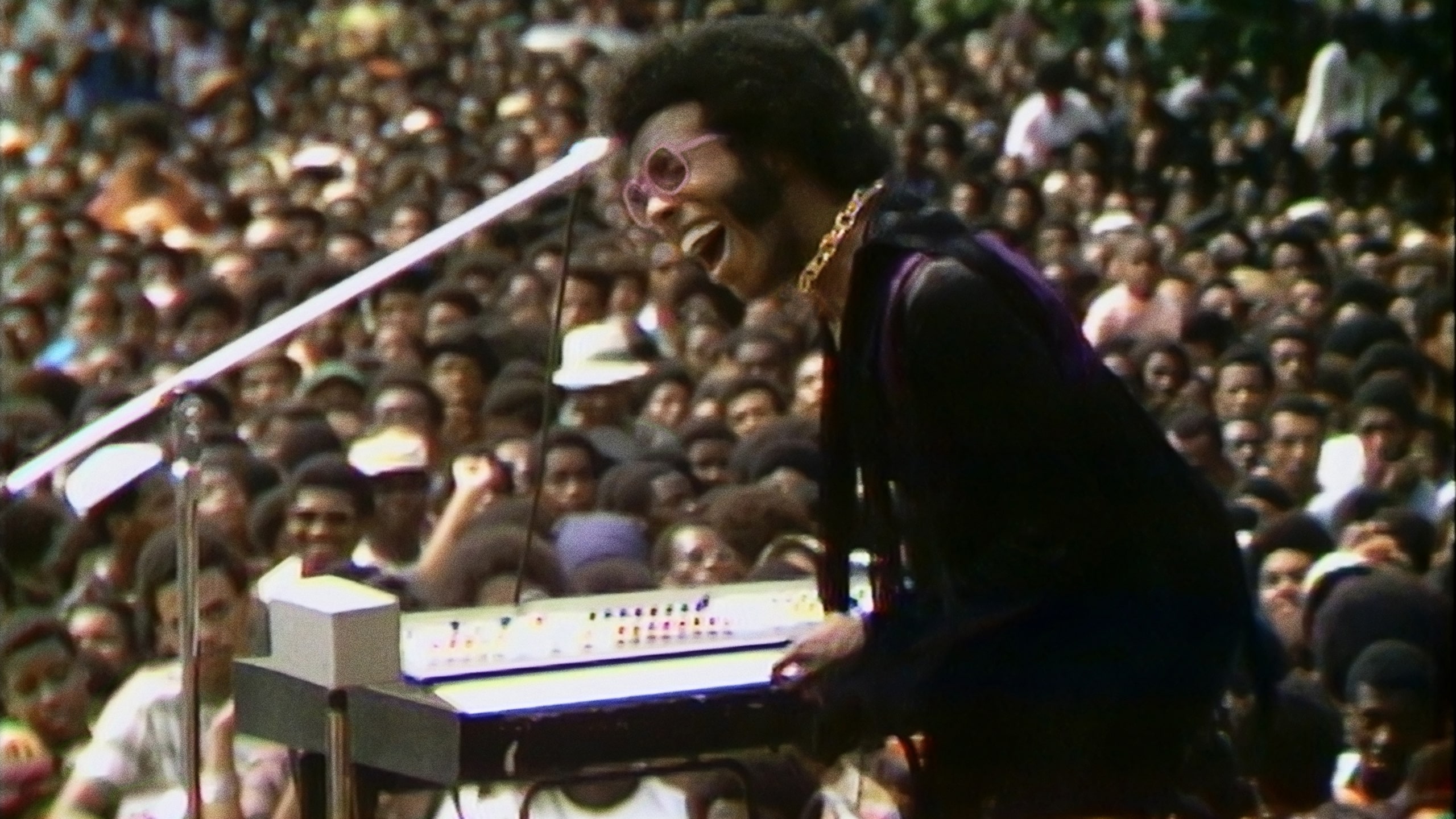 Three superb documentary portraits managed to do justice to their respective incredible subjects. In Sally Aitken's film PLAYING WITH SHARKS, astonishing archive footage is weaved together with frank interviews and commentary to explore the life of diver and shark conservationist Valerie Taylor. Heavily involved in some of the most important nature documentaries of the 1960s as well as the production of Steven Spielberg's JAWS (1974), Taylor has done pioneering work in conservation on the Australian coast, and Aitken's film with its grand cinematic scope does justice to her awesomeness. A darker, more disturbing story of a life cursed by youthful success and excess was to be found in Kristina Lindström and Kristian Petri's moving film THE MOST BEAUTIFUL BOY IN THE WORLD, about the complex life of DEATH IN VENICE star Björn Andrésen. Then in Mariem Pérez Riera's lovingly detailed and intimate portrait RITA MORENO: JUST A GIRL WHO DECIDED TO GO FOR, the Latino star of WEST SIDE STORY (1961), THE KING AND I (1956), CARNAL KNOWLEDGE (1971) and so much more opens up with striking candidness about her career working across decades of Hollywood history. Speaking frankly about her experiences of type-casting, racism and abuse even whilst celebrating her astonishing achievements in film, it's a fitting film tribute to this remarkable and trailblazing star. 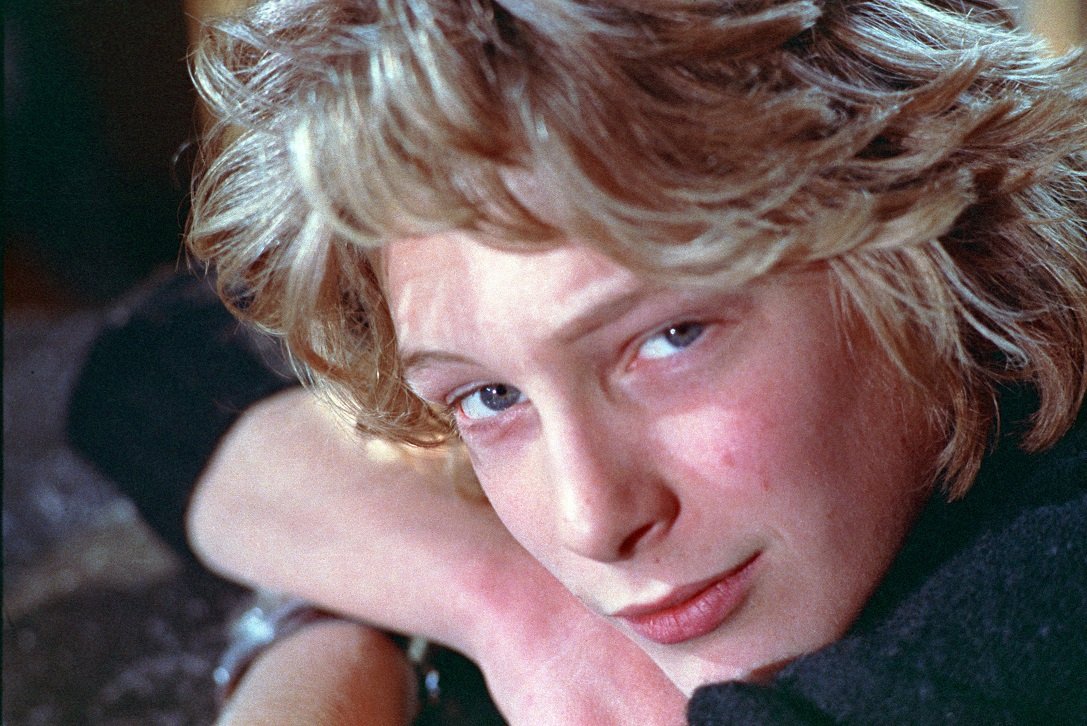 Other excellent socio-politically inclined documentaries showed a strong presence, with Jonas Poher Rasmussen's animated film FLEE a standout.  Rasmussen turns astonishingly frank interviews with an Afghan refugee and his experience fleeing his country - a relentless, decades-spanning journey across Europe in search of asylum - along with the story of his emerging sexuality, into a delirious, visually gorgeous and moving cinematic experience. Formal daring and expertly handled thriller techniques straight out of the best of Errol Morris or Bart Layton's cinema were utilised in Sam Hobkinson's engrossing film MISHA AND THE WOLVES about a bizarre literary scandal. More conventional issue-driven docs WRITING WITH FIRE and IN THE SAME BREATH meanwhile both dealt with urgent and contemporary stories and themes with dynamic and affecting access, honesty and cinematic integrity. 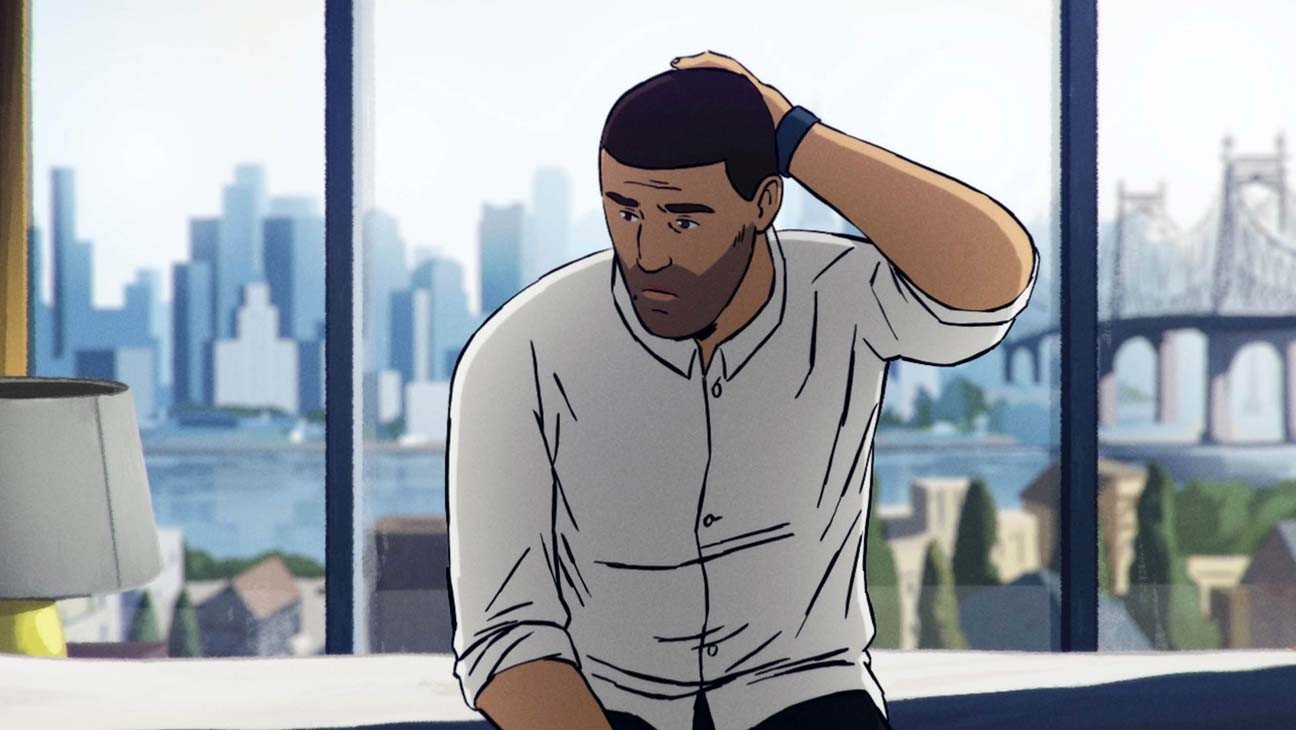 Last but not least, some of the weirdest imagery, ideas and performances of the festival could be seen in Sion Sono's berzerk, often strangely beautiful Midnight Madness entry PRISONERS OF THE GHOSTLAND. Cult Japanese auteur Sono's first English language film is a dizzyingly inventive descent into punkish madness in a post-apocalyptic cityscape, featuring Nicolas Cage at his OTT best, bellowing wacky dialogue like a trooper and gamely fighting his way through various perverse and hyper stylised fights, chases, heists and shootouts. And if you want to see Cage shrieking about his testicles, this is the film for you.

We look forward to welcoming a selection of 2021 edition titles to our annual celebration of Sundance at Picturehouse Central this Summer.